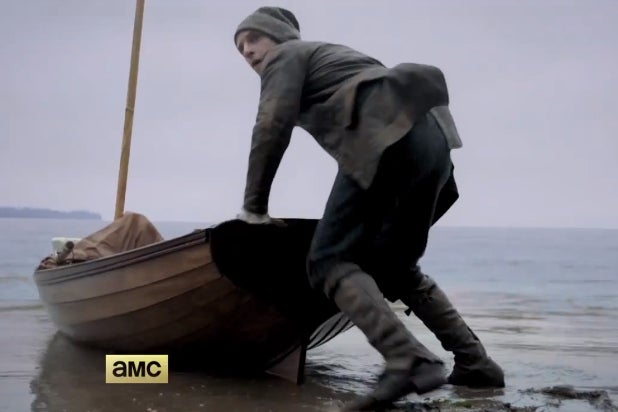 In war, everyone is listening, the teaser trailer for AMC’s “Turn” warns both the show’s characters and its viewers.

A 31-second preview for the upcoming series about America’s first spy ring premiered Sunday night during the midseason finale of “The Walking Dead.”

“Turn” follows New York farmer, Abe Woodhull (Jamie Bell), who bands together with a group of childhood friends to form The Culper Ring, an unlikely group of spies who turn the tide in America’s fight for independence.

The show — based on a true story — will feature musket fire, the historically ill-advised bright red coats and plenty of powdered wigs. With a 1778 setting, the series opens in the middle of the Revolutionary War.