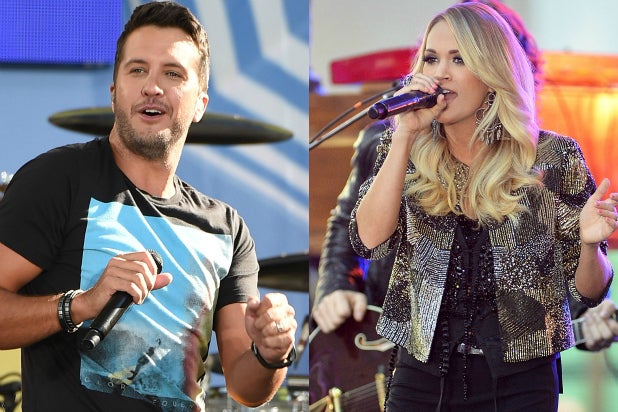 Luke Bryan, Carrie Underwood and Sam Hunt had themselves a night on Sunday.

The three country artists enjoyed big wins during Fox’s American Country Countdown Awards, which are based on album sales and radio airplay. The two-hour live broadcast from the Forum in Inglewood, California, actually had more performances (14) than awards (12), but these nights are always about the winners — and those you can find in their entirety by scrolling down.

A few highlights first: Bryan and Hunt were the multi-awards winners last evening, taking home two statues apiece. Bryan won the biggie — Artist of the Year — as well as Male Vocalist of the year. Hunt won for Breakthrough Male and best Digital Album.

Underwood was tapped as top Female Vocalist, while Florida Georgia Line won Group/Duo of the Year.

ARTIST OF THE YEAR
Luke Bryan

SONG OF THE YEAR
“Die A Happy Man” – Thomas Rhett