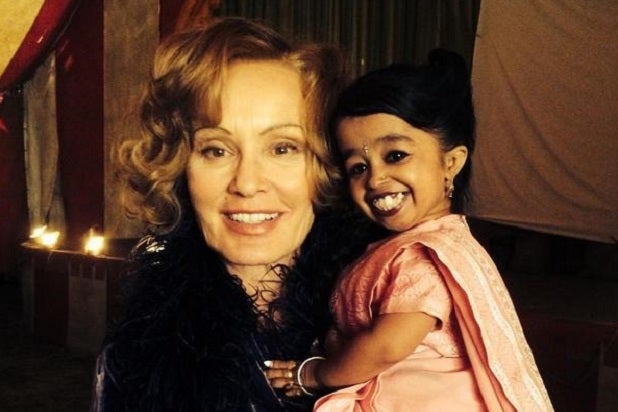 Well hello there, little lady, nice to meet you!

The upcoming fourth iteration of the creepy FX anthology series is set in — yup — a freak show. Along with returning cast members such as Lange, Sarah Paulson (who’s doing double duty as a two-headed woman named Bette and  Dot) and Gabourey Sidibe, the cast of “Freak Show” is packed with newcomers including Patti LaBelle, “The Shield” alum Michael Chiklis and “All My Children” veteran Finn Wittrock.

Amge’s previous screen credits are limited; viewers might best know her from an appearance on “Chelsea Lately,” where she was billed as, naturally, World’s Shortest Woman.