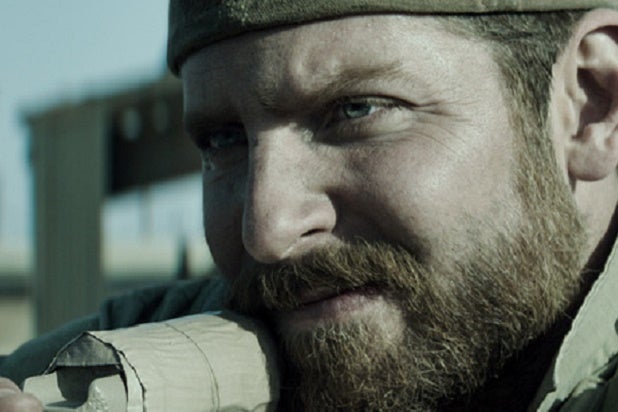 “American Sniper” turned its Oscar-qualifying run into a record-breaker this weekend, posting the top four-day limited box-office debut of the year, and the best ever during the Christmas period.

“The Grand Budapest Hotel” averaged $202,792 over three days in a four-theater opening in March for Fox Searchlight; the three-day total for “American Sniper” was $152,000.

“American Sniper” also received a rare “A+” CinemaScore from audiences, which will provide momentum when Warner Bros. opens the drama from Village Roadshow nationwide on Jan. 16, a week after nominations for the Academy Awards are announced.

The R-rated “American Sniper” was written by Jason Hall and based on Chris Kyle’s autobiography of the same name. It follows his struggles to be a good father and husband while fighting in Iraq.

“The film’s combination of patriotism and real heroism clearly struck a chord,” said Dan Fellman, who heads domestic distribution for Warner Bros. “This was the perfect film for Clint, and is one of the great American actors of today.”

Cooper, who has starred in “American Hustle” and “Silver Linings Playbook,” is on quite a run. He’s currently on Broadway, starring in “The Elephant Man.”

The big opening provides a nice rebound for Eastwood, coming off the soft performance of “Jersey Boys,” which he directed earlier this year, and 2012’s “Trouble With the Curve,” in which he starred.