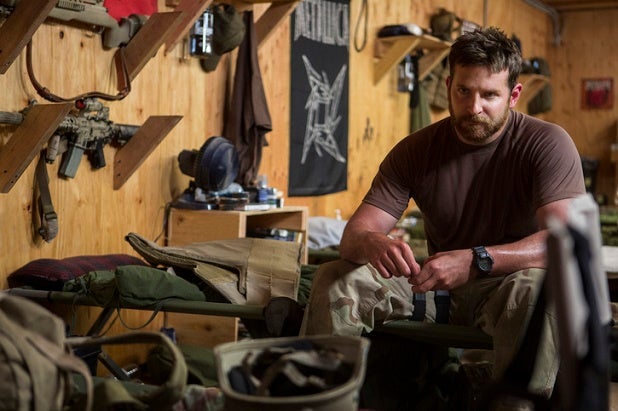 The Clint Eastwood-directed “American Sniper” hit the bull’s-eye in its Christmas Day debut at the box office Thursday.

The Iraq War drama starring Bradley Cooper and Sienna Miller brought in $240,000 for Warner Bros., an impressive $60,000 per-screen average that puts it on pace for one of the year’s best limited openings. “Grand Budapest Hotel” averaged more than $65,000 on its first day in March, on the way to 2014’s biggest specialty opening.

Village Roadshow’s R-rated “American Sniper” is written by James Dean Hall and based on Chris Kyle’s autobiography of the same name. It follows his struggles to be a good father and husband while fighting in Iraq.

It looks like it will be a nice rebound for for Eastwood, coming off the soft performance of “Jersey Boys,” which he directed earlier this year, and 2012’s “Trouble With the Curve,” in which he starred.

Warner Bros. plans to go nationwide with “American Sniper” on Jan. 16, one day after the Academy Award nominations are announced.