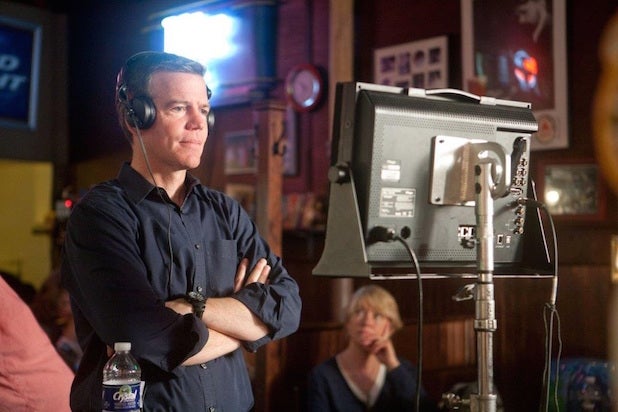 Rob Lorenz has signed a first-look term deal with Warner Bros. Pictures. and has named his company Stonehouse Motion Pictures.

Stonehouse’s first project under this new deal is another military movie, referred to as Untitled Military Special Ops project, which Vlas & Charles Parlapanides are writing with Scott Charnick.

Lorenz will direct and produce with his “American Sniper” collaborators Jason Hall and Peter Morgan.

Warner Bros. has optioned a script by former Navy SEAL Travis Lively and Richard Ware in connection with the project.

“Rob is such a wonderfully talented filmmaker and has been a member of the Warner Bros. family for two decades, as both a producer and a director, so I’m looking forward to seeing even more successful and original pictures come out of our collaboration with Stonehouse Motion Pictures,” said Greg Silverman, president of creative development and worldwide production at Warner Bros.

Warner Bros. executives Jon Berg and Racheline Benveniste will oversee the project for the studio.

Lorenz has worked with Clint Eastwood for 20 years, producing or executive producing a range of pictures including the Oscar-winning boxing drama “Million Dollar Baby.” He has been nominated for three Academy Awards.

Lorenz produced and served as second unit director on “American Sniper,” which was the top grossing domestic picture of last year. His deal comes on the heels of fellow “American Sniper” producer Andrew Lazar signing a first-look deal at Warner Bros.