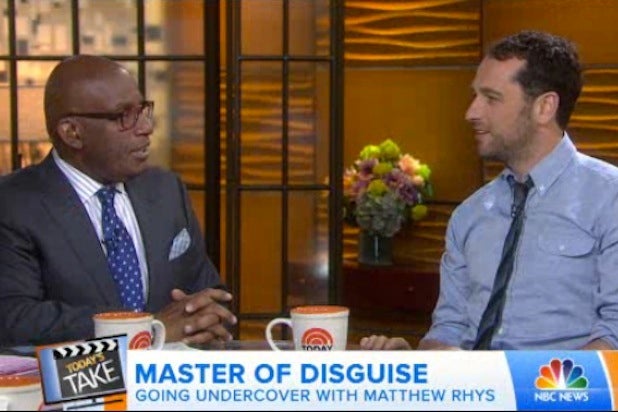 How did this all go down? Rhys, who’s Welsh, revealed how he perfected his American accent through watching television growing up, particularly action-adventure shows.

“There was a few [TV shows], predominately the big one for me was ‘Starsky & Hutch,’ but also ‘The A-Team,'” Rhys said, which got Roker very excited.

Rhys, who plays a Russian spy on American soil on “The Americans,” then asked Roker if he remembered the opening. Without missing a beat, the weatherman launched into it and Rhys jumped in.

In 1972, a crack commando unit was sent to prison by a military court for a crime they didn’t commit. These men promptly escaped from a maximum security stockade to the Los Angeles underground. Today, still wanted by the government they survive as soldiers of fortune. If you have a problem, if no one else can help, and if you can find them….maybe you can hire The A-Team.