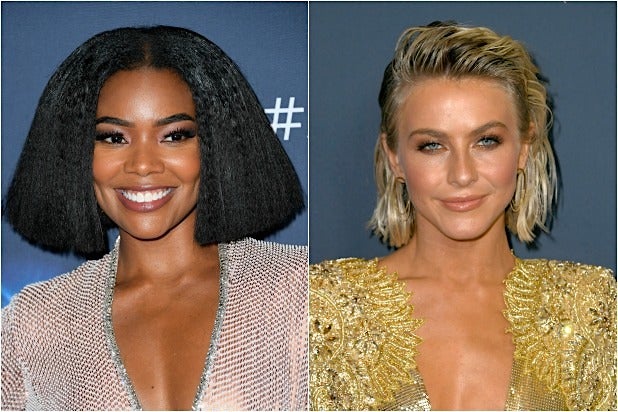 Gabrielle Union and Julianne Hough will not be returning as judges for Season 15 of “America’s Got Talent,” an individual with knowledge of the situation confirms.

No word yet as to their replacements, although executive producer and judge Simon Cowell is expected to return, as well as long-time judge Howie Mandel and host Terry Crews. NBC did not comment on the exits, and reps for Union and Hough didn’t immediately respond to TheWrap.

Both Union and Hough joined the show in January 2019 when former judges Heidi Klum and Mel B exited due to other commitments.

Brad Paisley, Dwayne Wade, Ellie Kemper and Jay Leno joined the panel in subsequent weeks as a guest judge for Season 14. Each was given their own Golden Buzzer to use on an act that they felt should go straight to the live shows.

Blind and autistic singer and piano player Kodi Lee was crowned the Season 14 winner. He beat out nine finalists and walked away with a $1 million prize and a headlining spot for an “AGT” show in Las Vegas.

“America’s Got Talent” was created by Simon Cowell and is co-produced by Fremantle and Syco Entertainment. Simon Cowell, Sam Donnelly, Jason Raff, Trish Kinane and Richard Wallace are the executive producers.

Hough and Union’s exit was first reported by Variety.