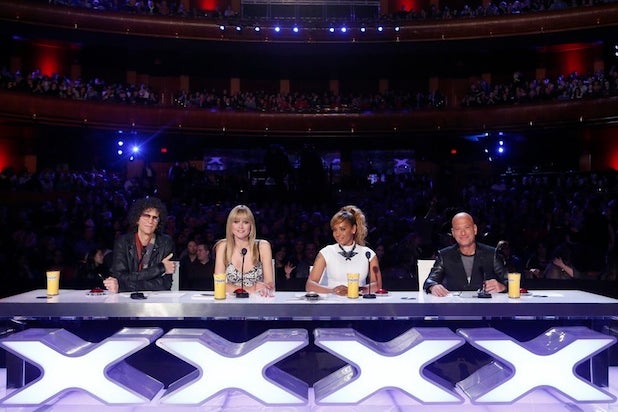 The talent show will air from Radio City Music Hall twice a week when live episodes begin on July 29 at 9 p.m., according to returning judges Mel B., Howie Mandel, Heidi Klum, host Nick Cannon and executive producers Jason Raff and Sam Donnelly, who made the announcement during Tuesday’s panel at NBC Summer Press Day.

Howard Stern will also return for Season 9, but he wasn’t present at the panel.

“We are delighted to return to the legendary stage of Radio City Music Hall,” said NBC Entertainment’s alternative and late-night programming president, Paul Telegdy, in a statement. “With the best performers we’ve ever had, and the expert guidance of judges Howie Mandel, Mel B, Heidi Klum and Howard Stern, the show will reach new heights of talent and excitement this season.”

NBC also announced a new round of competition called Boot Camp week, which will air from May 14-17. This final round of auditions will determine the Top 48 acts that advance to the live performance shows. It will take place in New York City in front of a live audience. The series has also previously shot in New Jersey and Los Angeles.

Another addition to auditions is the gold buzzer. Each judge can only use it once during the season and it automatically advances an act to the performance rounds regardless of how many votes they receive from the judges.

Earlier this week, the Guinness World Records named the “Got Talent” format the Most Successful Reality TV Format worldwide. Co-owned by FremantleMedia and Syco Entertainment, the show airs in some variation in 58 territories worldwide.