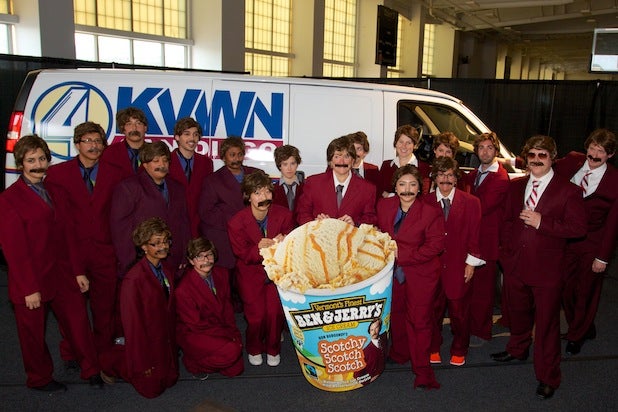 The flavor was officially unveiled at New York City’s Pier 36, where members of the press attended and witnessed the announcement first-hand.

True to the iconic ice cream company’s untraditional style, the event kicked off with a performance by Nutty The Waterskiing Squirrel, who appeared in the original “Anchorman” movie. Ben & Jerry’s then transformed one of its ice cream trucks in a Channel 4 News truck staffed by Ron Burgundy look-alikes.

Paramount will release “Anchorman 2: The Legend Continues” as a holiday treat on Dec. 20. Adam McKay returns to direct the sequel, which he wrote and produced with Will Ferrell. Judd Apatow also produced the film.