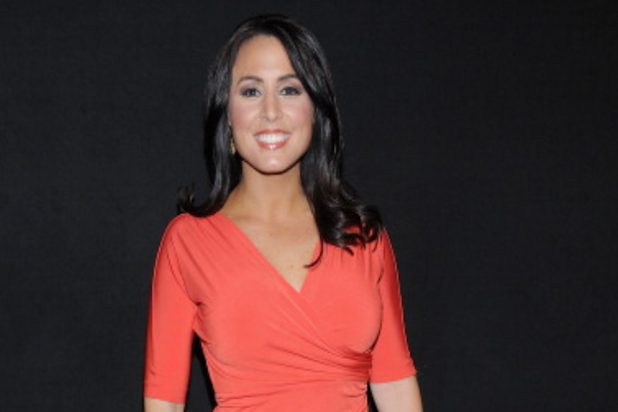 Apparently there’s a bit of gender fluidity in the DNA of Andrea Tantaros’ book “Tied Up in Knots.”

Recently unearthed court documents reveal that the former Fox News host’s anti-feminist manifesto “Tied Up in Knots” was allegedly written by a man.

The revelation comes as part of an ongoing lawsuit filed by Michael Krechmer, who claims to have ghostwritten the tome. Krechmer had initially filed the suit under seal, “out of an abundance of caution” over a confidentiality provision in his alleged agreement with Tantaros. However, he has “since argued vigorously that the seal should be lifted.”

Tantaros had fought to keep the matter under seal in a motion that was denied in the recent order, handed down in federal court in New York in late July.

According to the papers, Tantaros argued “that she will be irreparably harmed absent such a restraint because her professional credibility and career as a journalist would be seriously jeopardized by public revelation of plaintiff’s claims that he is the actual author of her book.”

In his suit, filed in October 2016, Krechmer alleges that he and Tantaros entered a collaboration agreement in May 2015, in which he would “assist [Tantaros] in writing” the book. The agreement included a confidentiality agreement, but the suit says that in July 2015 Krechmer and Tantaros terminated the collaboration agreement in favor of a “new, separate and completely oral” ghostwriting agreement, which would give him a flat fee of $150,000 in exchange for ghostwriting the book. Krechmer also contends that the new agreement only carried over the payment schedule from the old agreement.

According to Krechmer, Tantaros balked at the new agreement, because she feared that it would “cause her editor to discover that she was not writing the book herself,” and that Harper Collins “would cancel the book if they discovered that there were any negative issues in the writing process, particularly since she was already running more than two years behind schedule.”

Tantaros also allegedly feared that she would “suffer professional repercussions and personal humiliation if her colleagues at Fox News discovered that the publication agreement with Harper Collins was canceled.”

According to Krechmer, by the time he filed the suit, he had been paid $30,000 for his work, and when he asked Tantaros about further payment she demanded that he sign a non-disclosure agreement, which he refused to sign.

The lawsuit alleges that Krechmer is the rightful copyright holder on the book, due to Tantaros’ alleged breach of their agreements.

According to a description of “Tied Up in Knots,” published in April 2016, the book “exposes how the rightful feminist pursuit of equality went too far, and how the unintended pitfalls of that power trade have made women (and men!) miserable.”

In a statement to Lawnewz, Tantaros’ attorney, Judd Burstein, called the allegations in the lawsuit “beyond false.”

“Fifty years after Betty Friedan unveiled The Feminine Mystique, relations between men and women in America have never been more dysfunctional. If women are more liberated than ever before, why aren’t they happier?” the description reads. “In this shocking, funny, and bluntly honest tour of today’s gender discontents, Andrea Tantaros, one of Fox News’ most popular and outspoken stars, exposes how the rightful feminist pursuit of equality went too far, and how the unintended pitfalls of that power trade have made women (and men!) miserable.”