This story about Andrew Garfield first appeared in the Actors/Directors/Screenwriters issue of TheWrap’s Oscar magazine.

Robin Cavendish couldn’t use his body. Couldn’t caress his wife or pick up his son, couldn’t scratch his nose or shoo a fly. He had some control of his facial muscles but no control of his breathing, which was regulated by a machine. And none of those things struck Andrew Garfield, who plays Cavendish in the Andy Serkis movie “Breathe,” as any kind of acting challenge.

“I only thought of it as a life challenge,” said Garfield, who co-stars with Claire Foy in the decades-spanning biopic of the man who became a pioneering advocate for the disabled after being paralyzed by polio. “I wasn’t thinking, ‘How do I communicate as an actor? How do I nail this scene?’

“I thought of it as Robin would think of it, which is, ‘How do I live now?’ I just attempted to live it out as subjectively as possible, without awareness of what my face or eyes or voice were doing.”

Yet on some level, Garfield did have to be aware of his physical restrictions. “Restricting my bodily impulses was just practice, until it became second nature,” he said. “Though vocally it was really, really hard. The rhythm of the breathing machine is so consistent that you don’t get to define how you communicate a thought. It’s all defined for you by how much breath is given to you, so it’s very hard to convey emotions.”

The actor, whose other films include “The Social Network,” two “Amazing Spider-Man” films and “Hacksaw Ridge,” for which he was nominated for an Oscar, knew that he didn’t have to duplicate the real Cavendish’s look and sound. Still, he worked off a recording of Cavendish’s voice and insisted on wearing false upper teeth because he knew that some viewers might have known the real man, who died in 1994.

Also Read: Laurie Metcalf, Holly Hunter and Allison Janney on the Mother of All Oscar Races 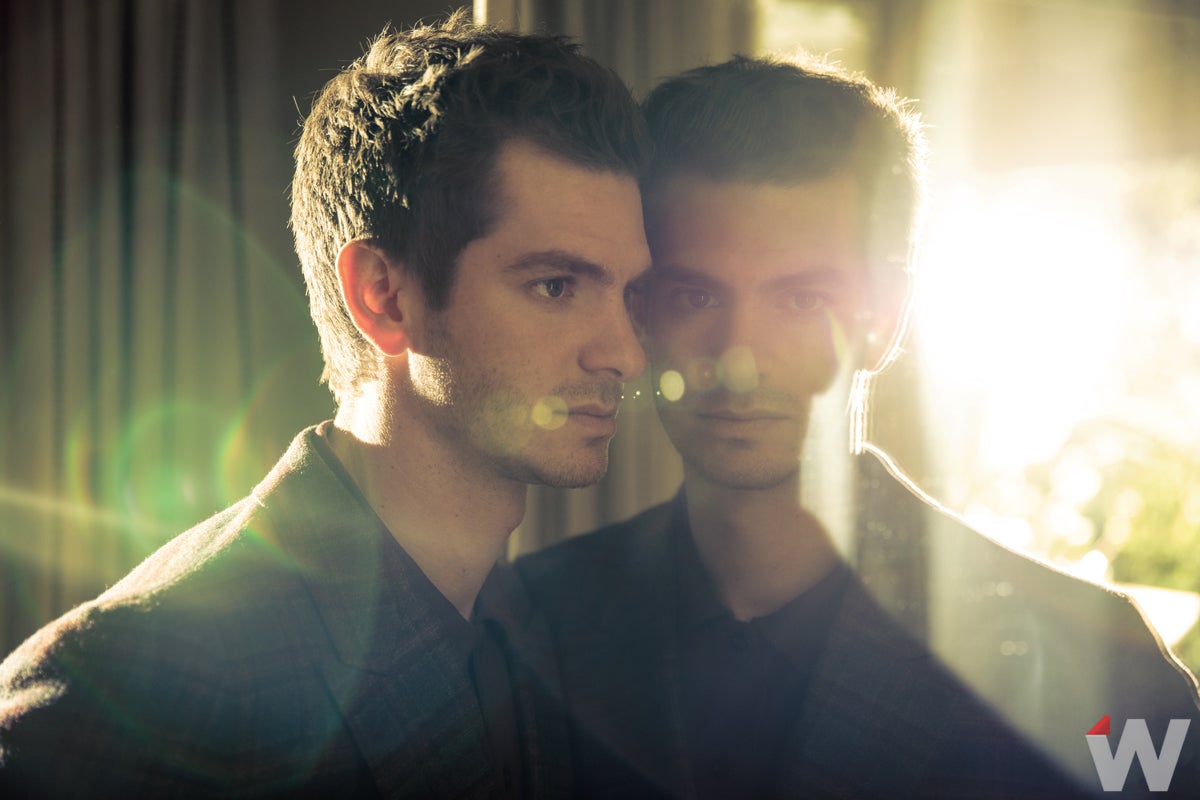 “I love being an actor, and it’s such a privilege to step into other people’s shoes and viscerally experience another way of living,” he said. “Of course this film reminded me of how privileged I am to have a body, to have lungs that work. To experience those things being taken away for the seven weeks of shooting was a humbling experience, but I was able to move again.

“Robin spent his life sequestered in his body, trapped. But this is a man who said no to limitations.”

And that, he said, is why a film set in the 1950s and ’60s, about a disease that has nearly been eradicated, can still speak to our time. “It feels very universal, even though he had a very specific experience,” he said. “I think it’s a film about the right to a quality of life befitting the human soul. And it is about how we as human beings can turn our wounds into gifts.

“Culturally and societally, we’re in a place right now where we feel like the world is ending, a place of near apocalypse. It’s devastating to be alive in many ways, as far as the disasters that are befalling human beings, whether they’re natural or otherwise. It’s very, very easy to be in despair. And Robin’s personal situation is reflective of that. He’s faced with the end of his life as he knows it, and his first instinct is to think, ‘I may as well give up and die.’

“But instead, he finds an opportunity to create a new path into an even more soulful life. Because of his longing for joy and connection, he changes his life and the lives of everyone around him. I think it’s very pertinent to where we are now.”

Also Read: Andrew Garfield Busts Out a Wig and a Backflip While Lip Syncing to Whitney Houston (Videos)

In a way, “Breathe” is indicative of other choices Garfield has made recently. Since the two “Spider-Man” movies in 2012 and 2014, he has chosen a string of earnest, serious films to which he clearly feels deep connections: “99 Homes,” “Hacksaw Ridge,” “Silence.”

He agreed with that assessment, but only partially. “I would argue that since I started making films, I’ve had those strong connections,” he said. “With my first film with Robert Redford, ‘Lions for Lambs,’ I was kind of spoiled, I think. And it was very, very hard to take on anything after that that I didn’t feel connected to in a personal way. Including ‘Spider-Man,’ who was my childhood superhero. No matter how the films have ended up, every single film came from a deeply personal place, actually.”

That attitude has caused him to turn down some films that have been successful, which he admitted caused a few internal battles. “When I’ve said no to something that went on to have a certain success,” he said, “there’s a part of me, which is probably the egotistical part, which says, ‘You idiot!’ I have to say to my ego, ‘Do you like how the film turned out?’ And my ego says, ‘No, but look at all the stuff that’s happening around it!’ And I say, ‘That’s not what life’s about, really, is it? Wouldn’t we feel a bit s—, a bit of a fraud, if we said yes to a film that we didn’t really connect with, and then we were getting lots of praise for it?’

“And then my ego goes, ‘Yeah, I guess you’re right.'” He grinned. “Those are the conversations I have in my head constantly.”