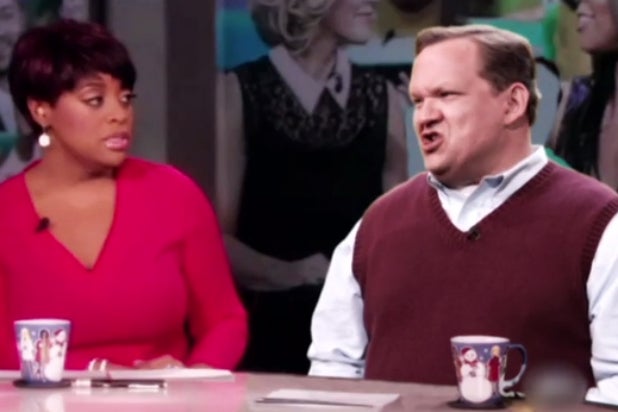 Andy Richter threw his sweater vest — er, hat — into the ring to replace a retiring talk show legend. Just not that legend.

Conan O’Brien‘s sidekick informed his boss on Tuesday’s TBS show that he may be leaving to take over for a departing TV mainstay — but not David Letterman. Richter is interested in Barbara Walters’ gig on “The View,” which opens after May 16.

Also read: The Most and Least Liked Potential Letterman Replacements – From Ellen DeGeneres to Conan O’Brien

After all, “Late night’s dead,” as Richter ironically — and insultingly — put it on “Conan.”

Richter even did a test shoot on the all-female ABC gab-fest, where he fit in surprisingly well.