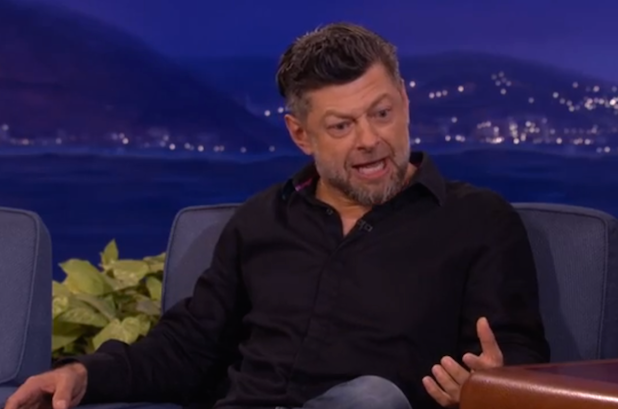 Andy Serkis is at the center of two big franchises, “The Hobbit” and the “Planet of the Apes” — and he brought them together on “Conan.”

Appearing as himself for a change, the motion-capture mastermind had Gollum and ape revolutionary Caesar hold a conversation Wednesday night.

See video: Final ‘Dawn of the Planet of the Apes’ Trailer Sets the Stage for an Epic War

It’s a good thing that Serkis is so charming as a human, because any real conversation with those characters would be nightmarish.