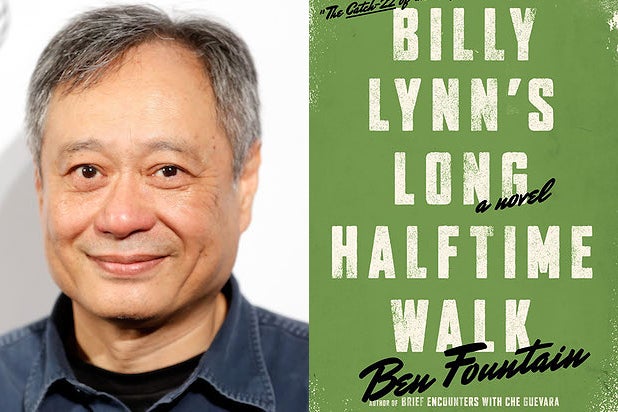 Based on the bestselling novel by Ben Fountain, the story follows 19-year-old Texas-born infantryman Billy Lynn (played by newcomer Joe Alwyn) and his fellow U.S. servicemen who survive a firefight in Iraq in 2005.

The Bush administration brings the veterans home for a victory lap that leads them to the Dallas Cowboys’ football stadium where they’re honored during the team’s Thanksgiving halftime show before they return to war in Iraq.

Jeff Robinov’s Studio 8 and Chinese distribution company Bona Film Group are onboard alongside TriStar and Film4. Production is slated to start this month.

Simon Beaufoy, who won an Oscar for writing “Slumdog Millionaire,” adapted the book for Film4 and The Ink Factory. The film will be produced by Marc Platt, Ink Factory’s Stephen Cornwell, Rhodri Thomas and Simon Cornwell, as well as Lee.