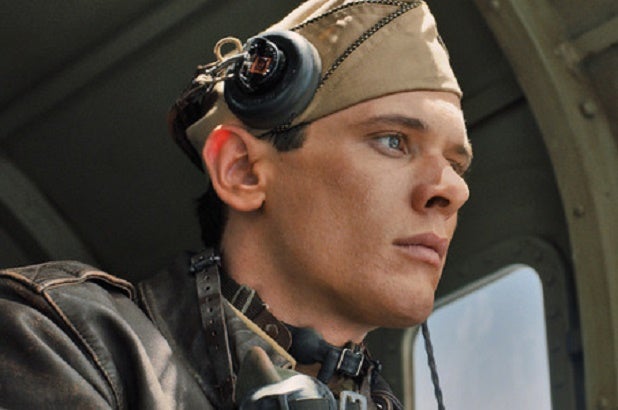 The Angelina Jolie-directed “Unbroken” and Disney’s musical “Into the Woods” led the way Thursday, as moviegoers turned out in force on a busy Christmas Day that reversed a weeks-long slump at box office.

Universal’s inspirational tale of Olympic and World War II hero Louis Zamperini, based on Laura Hillenbrand’s bestseller and starring Jack O’Connell, exploded for an estimated $15.6 million in its first day. The third-best Christmas Day opening ever puts “Unbroken” on course for more than $40 million over the four days – roughly double what the studio and analysts had projected.

“Into the Woods,”  the star-laden, big-screen take on Stephen Sondheim’s Broadway smash, wasn’t far behind with an estimated $15 million. It’s heading for north of $40 million as well, more than $10 million over pre-release projections for the Rob Marshall-directed adaptation starring Emily Blunt, Meryl Streep, Anna Kendrick, Chris Pine and Johnny Depp.

New Line and MGM’s blockbuster “The Hobbit: The Battle of the Five Armies” should make it a three-way fight for No. 1 this weekend, after taking in $13.1 million as it began its second week in release for Warner Bros.

The major Christmas Day turnout reverses a nearly month-long skid at the overall box office and eases some fears of a dismal holiday season for Hollywood. And the big first day for “Unbroken” trails only the $24.6 million of “Sherlock Holmes” in 2009 and the $18.1 million posted by “Les Miserables” in 2012 for the biggest Christmas Day haul ever.

“The Gambler,” a remake of the 1974 film starring James Caan, topped expectations with $5 million first day and should top the $12 million four-day haul the studio had predicted.