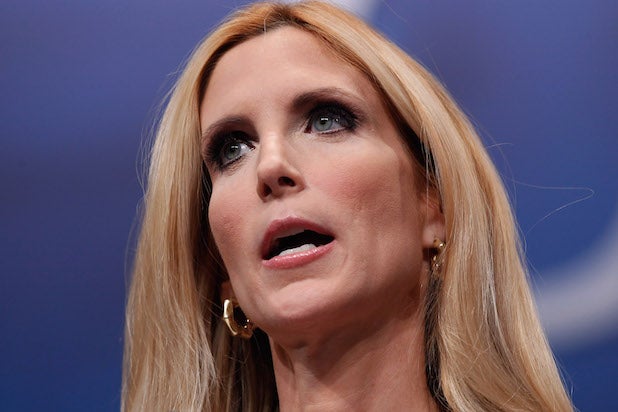 Conservative commentator Ann Coulter had criticism of a historic nature for President Trump on Friday after he announced a deal to reopen the government for three weeks without funding for the border wall.

“Good news for George Herbert Walker Bush: As of today, he is no longer the biggest wimp ever to serve as President of the United States,” Coulter tweeted.

Coulter has consistently urged Trump not reopen the government without securing funding for the wall he wants to build on the U.S.-Mexico border. Last month she vowed not to vote for Trump again in 2020 unless the wall is built.

“I am very proud to announce today that we have reached a deal to end the shutdown and reopen the federal government,” Trump said.

The government will reopen for three weeks, until Feb. 15, while negotiations continue over Trump’s desire to build a wall on the southern border continue.

“After 36 days of spirited debate and dialogue, I have seen and heard from enough Democrats and Republicans that they are willing to partisanship aside, I think, and put the security of the American people first,” Trump said.

The government shut down began in December, while Republicans still controlled both houses of Congress, after Trump refused to sign a budget that didn’t include funding for the border wall. After Democrats took over in the House of Representatives, Republican Senate Majority Leader Mitch McConnell refused to bring any further budget bills up for a vote. Trump sought to blame Democrats for the shutdown, but the ploy didn’t work because he took credit for it during a televised meeting with Democratic leaders Nancy Pelosi and Chuck Schumer in December.

The shutdown was ended on Friday after airports in New York and Florida halted flights due to staffing shortages as TSA agents, who were working without pay, called in sick.

Coulter wasn’t the only conservative voice blasting the president for his decision to reopen the government.

The Daily Caller‘s homepage proclaimed in all caps: “TRUMP CAVES: President Will Temporarily Reopen Government With Zero Funding For The Wall.”

Erick Erickson wrote: “After keeping the government shut for a month, the President has caved to the Democrats. He will reopen the government, having gotten nothing but falling polling numbers.”

And Drudge Report ran with the banner headline, also in all caps: “WALLED IN.”

Also Read: Mike Huckabee: If Ann Coulter Thinks She Can Do Better Than Trump, 'Let Her Run for Office'

The president’s had reached an all-time low across most recent polls, including the reliably Trump-friendly Rasmussen Report. Polls also indicated that more American voters blamed Trump for the shutdown than they did Democrats.

Good news for George Herbert Walker Bush: As of today, he is no longer the biggest wimp ever to serve as President of the United States.