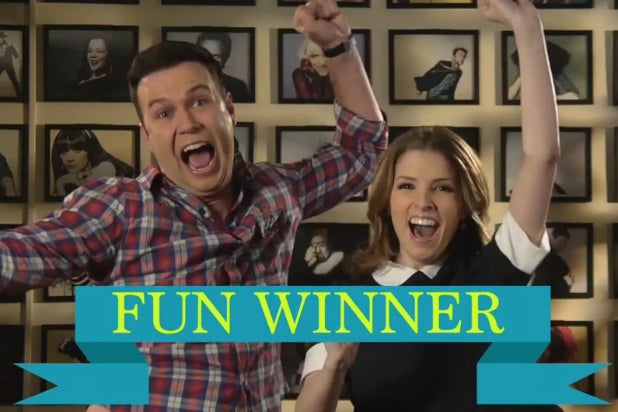 Anna Kendrick is hosting “SNL” this weekend with musical guest Pharrell Williams (along with his hat). And we have the silly promos to prove it.

In the clip below, the first-time host promised a fun time on Saturday — though perhaps not as fun as a tickle fight with puppies while Kendrick wears a bikini made of bacon. Her idea, not ours.

She also drove Taran Killam positively nuts by asking him a bunch of obvious questions about his show.

Comedy duo Kendrick and Killam also shared their dreams, harmonized too high and one-upped each other until one of them passes out on camera.