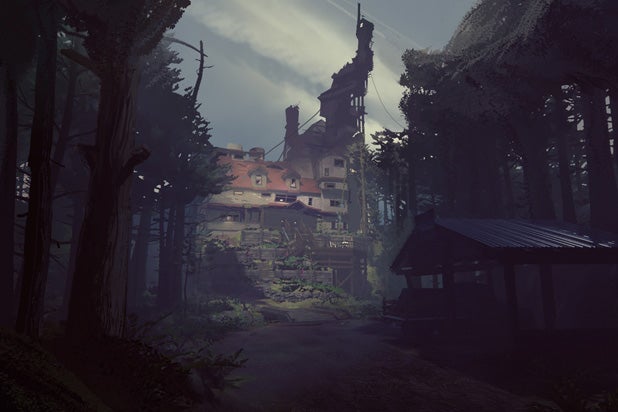 Annapurna, Megan Ellison’s independent production company-turned-studio, has spent much of the last year adding veteran Hollywood executives as it ramped up to become a full-fledged distributor, debuting the trailer for its first release, Kathryn Bigelow’s “Detroit,” last week. But its ambitions hardly end there — in December, the company launched a video game division, Annapurna Interactive, and its first game is coming out later this month.

And like Annapurna’s eclectic film catalogue — the production company is behind diverse critical darlings including “20th Century Women,” “Sausage Party,” “Joy” and “Zero Dark Thirty” — its games are going for something a little outside the mainstream.

Annapurna’s first game, “What Remains of Edith Finch,” developed by Giant Sparrow, will be released April 25. Players move around a spooky old house, and each bedroom has its own playable short story about how the family member who lived there met his or her premature death.

TheWrap visited Giant Sparrow’s studio in Venice, California, earlier this month to play a pre-released version of game, in which your correspondent explored the house, taking on the role of the title character as she examined her family — and turned into an owl and a shark during two separate action scenes.

Giant Sparrow creative director Ian Dallas told TheWrap that Annapurna’s backing has given him the freedom to do something ambitious — and delightfully weird. He calls “Edith Finch” an “extravagant fever dream.”

“The attitude is to make something unusual that feels polished,” he said. “Not that there’s a decent number of games that fit into that category.”

Dallas said most of the Giant Sparrow team working on formerly worked with Sony before moving to Annapurna. As a result, while his previous games, such as “The Unfinished Swan,” were only available on Sony’s PlayStation console, “Edith Finch” will also offer a PC version.

He also said Annapurna’s entrance into the video game world provides developers with another patron willing to support expensive games with a long lead time — “Edith Finch” has been in development for nearly three years — which can be harder to get greenlit.

However, Dallas, who was a TV writer in a prior life, said Annapurna isn’t funding games like his out of the goodness of Ellison’s heart — the company believes there’s a robust commercial market for them.

“It’s a consumer strategy,” he said. “Not patronage.”

Dallas said the game’s setting was inspired by Orcas Island, Washington, where he used to vacation as a kid. And although playing “Edith Finch” transports the gamer into a world where people can become owls and guillotine salmon, he’s most proud of the writing — a thread across Annapurna’s projects.

“Ultimately, it’s a story about a family,” Dallas said.