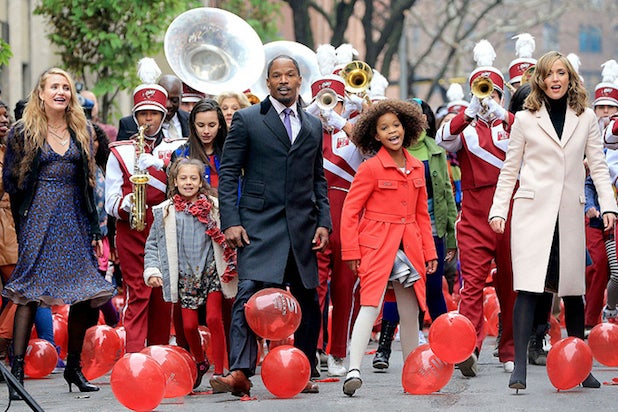 Sony has released the first full trailer for its “Annie” reboot, which stars Quvenzhané Wallis, Jamie Foxx and Cameron Diaz.

10-year-old Wallis, who earned an Oscar nomination for her performance in “Beasts of the Southern Wild,” may not boast a head full of red hair, but she sure can belt out signature tune “Tomorrow.”

Will Gluck directed the movie, which was produced by Will Smith and Jay-Z, the latter of whom contributed original music.

Real-life couple Rose Byrne and Bobby Cannavale co-star in the film, which Sony will release on Dec. 19.

“Annie” will open one week before Disney’s musical “Into the Woods,” so have no fear, Hollywood’s got you covered on “holiday cheer” this year.