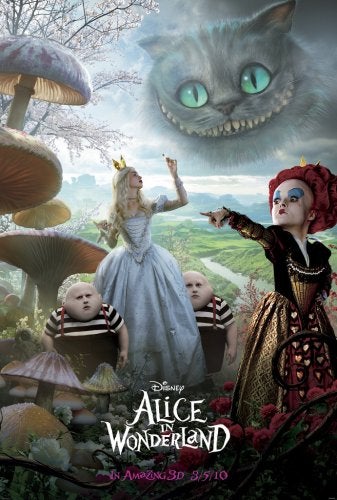 AMC’s waiting until a week before "Alice’s" planned March 5 bow had created speculation that the U.S.’ second-largest theater chain was following the lead of British exhibitors, who had threatened a boycott to protest Disney’s plan to shrink the window between theatrical and DVD release on the movie.

However, the big three exhibitors in the U.K. did eventually agree to show the movie, and so did AMC.

In a statement, AMC president-CEO Gerry Lopez said: "’Alice’ looks terrific, and it promises to be the next 3D blockbuster. It is sure to please our guests — many of whom have called and emailed — and help us maintain box office momentum in 2010. As business models evolve for exhibitors as well as distributors such as Disney, it makes sense to focus on the many opportunities we have to improve our economics, so we can continue to invest in technology our guests want and, ultimately, the guest experience in our theatres."