NBC Tuesday announced that Minor will take over for Kevin Eubanks as leader of the "Tonight" band June 7. Eubanks Monday said he was stepping down at the end of May. 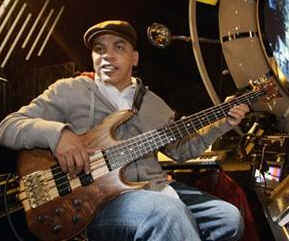 Minor will keep the music director title he’s had on "Idol." He’ll also consult with "Idol" creator Simon Fuller — but he’ll apparently no longer be part of the Fox hit.

The Minor exit means that after this season, "Idol" will have lost Paula Abdul, Simon Cowell and Minor over the course of one year.

“We couldn’t be more excited," "Tonight" exec producer Debbie Vickers said of Minor’s hiring. "The ‘Tonight Show’ has a long tradition of acclaimed musicians in this role and it’s great to now include Rickey alongside Kevin and Branford.”

We’re assuming Vickers didn’t mean to dis Doc Severinsen, who served under Johnny Carson. Or Max Weinberg, who fronted the band during He Who Shall Not Be Named.

The Minor announcement, we assume, puts to rest the ridiculous speculation that Weinberg would be replacing Eubanks. We have no idea of there were ever any talks, but it always seemed illogical that Leno would go after O’Brien’s former bandleader.