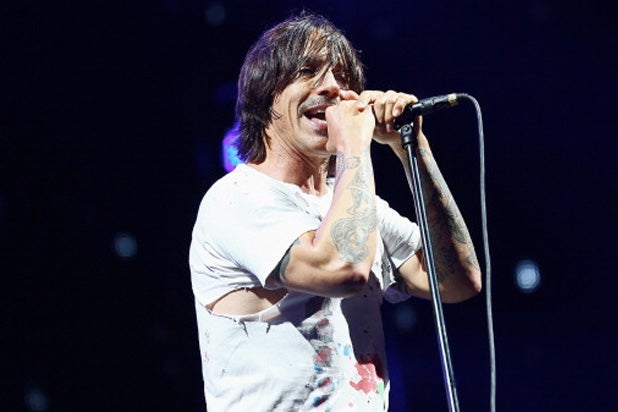 UPDATE: Red Hot Chili Peppers lead singer Anthony Kiedis was hospitalized on Saturday with intestinal flu, forcing the cancellation of a concert by the band that had been scheduled for Irvine, California.

The rock band had been set to perform at the KROQ Weenie Roast at the Irvine Meadows Amphitheatre, according to the Associated Press.

He is expected to make a full recovery, band spokesman Brian Bumbery told The Associated Press.

Bassist Flea announced the decision to cancel the concert from the stage.

“Anthony is on his way to the hospital right now and we’re unable to play this evening,” he told the crowd, according to the AP. “We are devastated about it. We’re really sad. We love you so much. We live to rock. …. But unfortunately there’s a medical thing that happened and he needed to deal with it.”

It was not immediately clear what medical issue had sidelined the 53-year-old Kiedis, who has led the L.A.-based band since it first formed in 1983 and performed on all 10 of its studio albums.

In 2004, he published an autobiography, “Scar Tissue,” detailing his longtime battle with heroin and cocaine addiction.

It’s unclear if Kiedis’ illness will affect any of the Red Hot Chili Peppers’ upcoming tour dates, including a performance at iHeartRadio Theater in Burbank, California, on May 17.