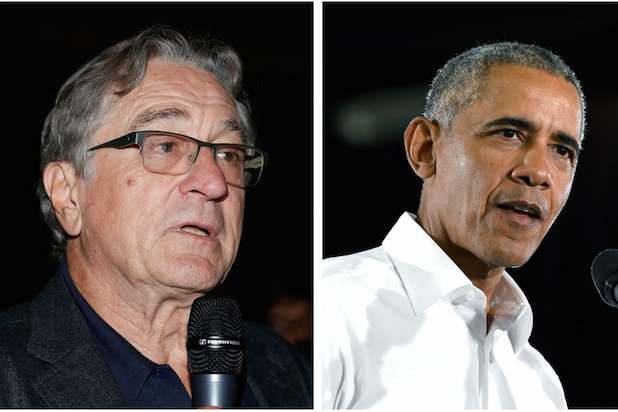 The list of prominent Democrats, news outlets and celebrities who have received suspected explosives in the mail continued to grow on Friday.

As authorities zeroed in on South Florida as a point of origin, they revealed that the packages had similar markings and all contained crude pipe bombs — none of which has detonated so far.

Here’s a complete look at every one else who was been targeted in the last few days:

– Billionaire investor George Soros, a longtime advocate for liberal issues, received the first bomb threat at his home in New York City on Monday. The hand delivered-device was inspected and then detonated by the FBI, according to ABC News.

– Former president Barack Obama was sent a pipe bomb at his home in Washington, D.C. on Wednesday, according to the New York Times.

– CNN evacuated its staff from its New York City office on Wednesday after receiving a suspected pipe bomb, forcing the outlet to shift to anchors in Washington, D.C. to stay on the air.

– John O. Brennan, a former C.I.A. director, had a package addressed to him at CNN’s office, according to the NYT.

– Former attorney general Eric Holder had a package addressed to him but returned to the address on the package, belonging to …

– Rep. Debbie Wasserman Schultz, the former chairwoman of the Democratic National Committee, who got a package at her office in Florida, according to the NYT.

– Rep. Maxine Waters (D-Calif.) received a package at a South Los Angeles mail facility on Wednesday, the FBI told the Los Angeles Times. The package resembled the manilla envelopes received by politicians on the East Coast.

- Two packages addressed to former vice president Joe Biden — one received at a postal facility in New Castle, Delaware, and another discovered at a facility in Wilmington, Delaware — were intercepted by law enforcement officials, according to NBC News. The suspicious packages resembled those sent to other Democratic officials, according to the outlet.

– Former director of National Intelligence James Clapper became the 12th target on Friday morning, CNBC reported. The package found at a mail facility on 52nd Street in Midtown Manhattan looked similar to the prior unexploded devices, according to the NYPD.

Many of those that were sent suspected bombs have been outspoken critics of President Trump. The president struck a measured tone at a rally in Mosinee, Wisconsin, on Wednesday night, calling the threats “an attack on our democracy itself.”

He added: “Such conduct must be fiercely opposed and prosecuted.” On Thursday morning, though, Trump was more animated, tweeting “a very big part of the Anger we see today in our society is caused by the purposely false and inaccurate reporting of the Mainstream Media that I refer to as Fake News.”

A very big part of the Anger we see today in our society is caused by the purposely false and inaccurate reporting of the Mainstream Media that I refer to as Fake News. It has gotten so bad and hateful that it is beyond description. Mainstream Media must clean up its act, FAST!