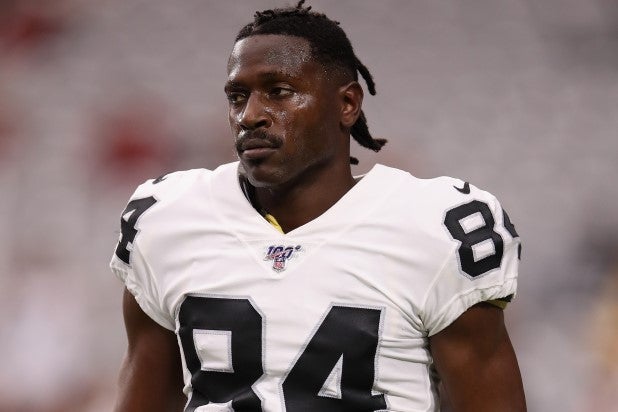 New England Patriots wide receiver Antonio Brown was accused of sexually assaulting his former trainer, Britney Taylor, in a federal lawsuit filed Tuesday in the Southern District of Florida. In a statement through his attorney, Brown denied the accusations.

In the suit, Taylor says Brown assaulted Taylor on three occasions — twice in June 2017 and once in May 2018, while she was working with him as a trainer.

In the suit, Taylor said Brown reached out to her months later, “expressing contrition, begging forgiveness and pleading with her to train him again.” She said she agreed to resume working for him after Brown promised he would make no sexual advances at her, but in May of 2018, she said he “forced her down onto a bed, pushed her face into the mattress, and forcibly raped her.”

The lawsuit demands a jury trial, and seeks unspecified punitive and compensatory damages, and any other damages the court should deem appropriate.

In a statement released by her lawyers, Taylor said she will cooperate “with the NFL and any other agencies.”

“I have found strength in my faith, my family, and from the accounts of other survivors of sexual assault. Speaking out removes the shame that I have felt for the past year and places it on the person responsible for my rape,” her statement also said.

Also Read: 'It' Producer Roy Lee Accused of Fraud Over Fees and Credits for Dozens of Projects in Lawsuit

In a statement issued a statement on Brown’s behalf, Brown’s attorney, Darren Heitner, denied all of Taylor’s accusations and vowed to “pursue all legal remedies to not only clear his name but also protect other athletes against false accusations.”

The statement asserts that Brown was asked to invest $1.6 million in a business Taylor wanted to establish, that Brown declined, and that later Taylor and Brown entered a consensual sexual relationship. The statement also calls Taylor’s lawsuit a “money grab.”

“We are aware of the civil lawsuit that was filed earlier today against Antonio Brown, as well as the response by Antonio’s representatives. We take these allegations very seriously,” a spokesperson for the New England Patriots said in a statement provided to TheWrap.

“Under no circumstance does this organization condone sexual violence or assault. The league has informed us that they will be investigating. We will have no further comment while that investigation takes place.”

Brown made headlines earlier this week for signing with the Patriots, who are the current NFL champs. He also appeared as the hippo in the first season of “The Masked Singer” and made an appearance in an episode of “Ballers.”

The NFL did not immediate respond to a request for comment from TheWrap.