Apple has turned away app “Cecil’s Revenge,” a game based on the classic “Asteroids” platform — but with a ripped-from-the-headlines twist.

The app flips the script on hunters, making them the prey to the suddenly armed animals they normally poach. It is named after the titular African lion that was recently illegally shot and killed by American Walter James Palmer, a 55-year-old dentist from Minnesota.

Palmer allegedly lured Cecil onto private land with a carcass laid out on a car and then shot the lion with an arrow on July 1. He then tracked the animal for 40 hours before delivering the final blow with a gun.

An Apple representative told TheWrap that, as policy, they do not accept apps or games based on real events. That said, if the gamers tweak the title and perhaps some of the content, the programmers of the popular App Store may reconsider the property.

In the interim, Google has approved the free app — so go shoot some hunters, zebras with Android devices. 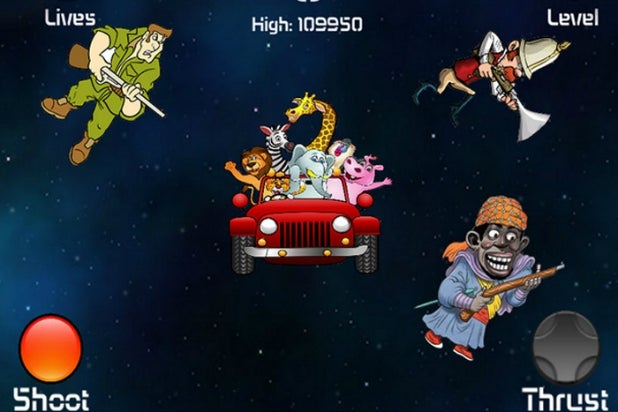