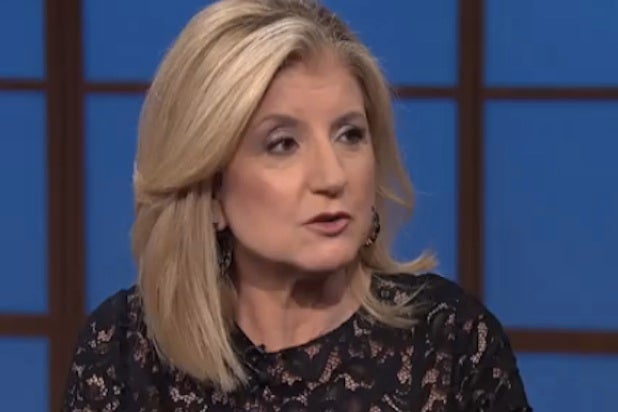 Arianna Huffington revealed to Seth Meyers on Tuesday’s “Late Night” that she was pressured to change her famous accent by her ex-husband.

“I couldn’t fix it and still function as a normal human being,” Huffington said.

“Somebody tried to change your accent,” Meyers observed.

“Oh yes, and that somebody is my ex-husband,” Huffington explained. “And actually it was a bit of a passive aggressive present that he gave on our last birthday together. He gave me a dialect coach — and not just any dialect coach, but Jessica Drake who is a famous Hollywood dialect coach — she coached Tom Hanks in ‘Forrest Gump’ for example.”

“So basically your ex-husband was saying I think you would be sexier if you sounded more like Forrest Gump,” Meyers riffed. “I’m not saying I don’t love your accent but if we could Gump it up a little.”

“If we could Gump it up it would be great!” she exclaimed.