Shalini Sharma joins the company from fellow publisher Fast Company, where she led video and partnerships for five years.

Having spent a decade prior to that at major news networks like ABC News and NBC on the “Today” show, Sharma is what Huffington calls “a kind of triple threat.” 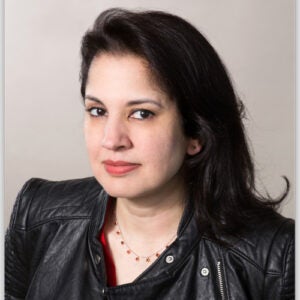 “We are expanding our video business and we are very lucky to have Shalini, who is a kind of triple threat in video having worked in TV for networks and cable and now in digital-first. We feel she was the perfect person to come and lead video,” said Huffington, who has filled out her senior leadership team over the last few months with powerful women such as Cheryl Porro and Yardley Ip Pohl to chief tech and chief product officers, respectively.

For Huffington, Thrive Global’s “editorially aligned” formats like “The Long Game,” a series produced with Vice that shows the ways athletes feel performance is impacted when rest, sleep and regenerative therapies are neglected, and “Turning Points,” which shows how millennial women changed their lives after burnout, are one angle the company will continue to take with video. But, with Sharma leading the charge, Thrive Global  plans to also ramp up the company’s branded entertainment efforts.

“On the revenue side, everything we’re going to be doing is branded content. We have no plans to do advertising-supported video. Our differentiation here is that brands want to be around thought-leadership,” Huffington said. “A lot of the brands that see the benefits of identifying with wellness really want to work with us, especially because the way we present wellness is always aligned with performance.”

As Thrive Global heads into 2019, branded content, episodic series and short-form social video will accelerate its production capacity supported by its most recent Series B funding of $30 million, as executives world-wide look to better balance work, life and technology. “The fact is we suddenly saw we needed to create a much more robust team to meet this demand,” Huffington said.

WANT A DEEPER DIVE ON THRIVE GLOBAL’S PLANS FOR VIDEO?

The Scene at TheWrap's GrillChat Interview With Arianna Huffington (Photos)