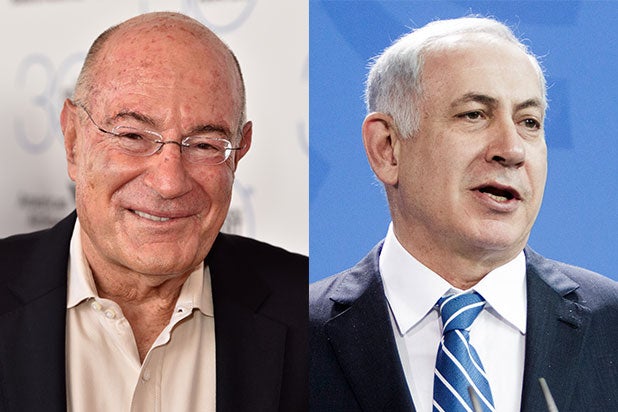 Arnon Milchan, the Hollywood producer behind such hits as “Pretty Woman” and “The Revenant,” was interviewed in London last week by Israeli detectives over allegations that he bribed the Israeli Prime Minister Benjamin Netanyahu, The Guardian reported Wednesday.

Milchan had previously been interviewed in the investigation known as Case 1000  after admitting that he gave Netanyahu and his wife gifts, including boxes of cigars, bottles of champagne and jewelry. But according to the Jerusalem Post, last week was the first time Milchan was questioned as a suspect in a case that is becoming a growing political scandal in Israel.

Milchan, an Israeli-American, has denied that his gifts were part of any improper quid pro quo to curry favor with the longtime prime minister.

Milchan and a spokesperson for Netanyahu have not yet responded to TheWrap’s request for comment.

However, Netanyahu’s office told The Guardian, “any attempt to read anything improper into the deep and longstanding friendship between Prime Minister Netanyahu and Arnon Milchan is baseless and destined to fail. We reiterate: there will be nothing because there was nothing.”

According to The Guardian, Milchan’s interview comes during a time when Sara Netanyahu had been interviewed by police over a separate case relating to misuse of state funds for household expenses. She is also accused of using public funds to pay for a caretaker for her elderly father, the Times of Israel reported.

Moreover, details of Milchan’s questioning surface just two days after Netanyahu was declared to be not a suspect in the so-called submarine affair, another corruption scandal unfolding in Israel. David Sharan, who was Netanyahu’s chief of staff from late 2014 to 2016, was arrested on Sunday along with a former Israeli Navy chief and a former commander of the elite naval commandos. On Monday, a former legislator and minister and an adviser to the minister of energy were also arrested.

The investigation focuses on lucrative contracts with a German shipping company for the purchase of submarines and new missile ships. According to the New York Times, it is often described as the “gravest corruption case in Israel’s history.”

The Guardian reported that Netanyahu is also involved in fresh allegations in the so-called Case 2000, which involves accusations that he made an effort to secure favorable coverage in the Israeli media.

Milchan is also the owner of New Regency Films.