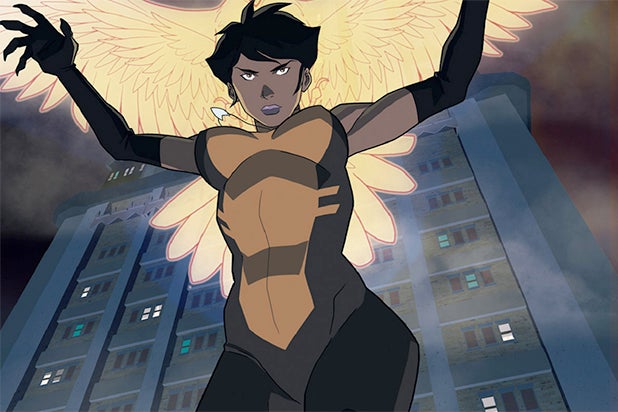 A new superhero is coming to Star City. It’s a familiar face, but we’ll see her in a way we never have before.

In the photo above, Megalyn C.K. is seen in character as Vixen, bringing the character into the live-action realm for the first time on “Arrow” after her animated CW Seed series “Vixen.”

The actress playing Mari McCabe will appear in episode 415 alongside Stephen Amell as Oliver Queen and the rest of Team Arrow.

Amell and Emily Bett Rickards, as well as Grant Gustin of “The Flash,” previously guest-starred as their characters on “Vixen.”

During the network’s panel during the Television Critics Association winter press tour, president Mark Pedowitz said he was hopeful “Vixen” could be ultimately fleshed out to be its own live-action series, or the character could join new “Arrow-“-“The Flash” spinoff “Legends of Tomorrow.”

See the first photo of the live-action Vixen below. 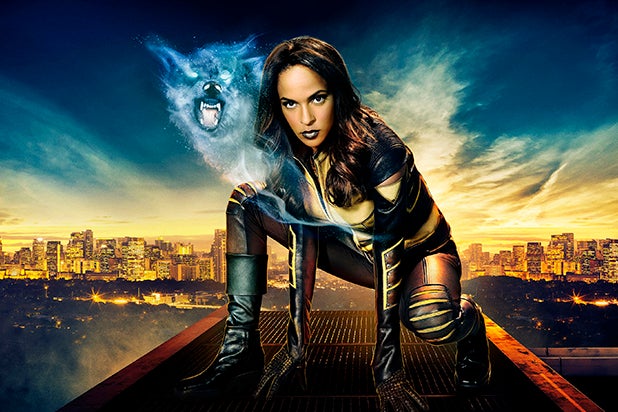