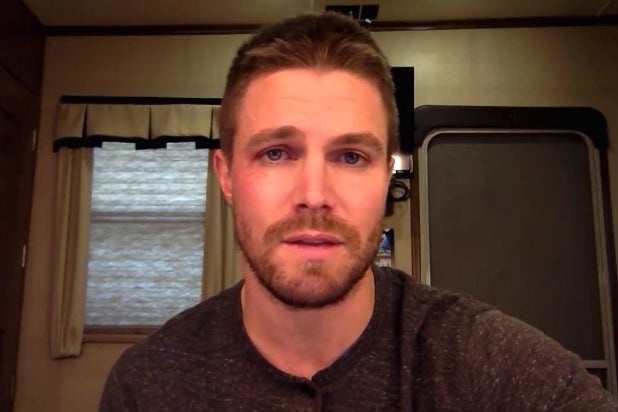 “Arrow” star Stephen Amell said Wednesday that he will “go away for a bit” in the wake of controversial comments made on Twitter about Texas teenager Ahmed Mohamed.

“Didn’t mean to offend anyone today,” Amell said in a video posted on Facebook. “Wasn’t trying to equate things that are very, very different. Was simply trying to say that two wrongs don’t make a right.”

Mohamed, 14, was arrested after bringing a self-made alarm clock to his Irvine, Texas, school. One of Mohamed’s teachers at MacArthur High School alerted authorities after mistaking the project for a bomb.

In his video, Amell continued, “The best thing to do in these scenarios is just go away for a little bit. So be well. I’ll be back. And that’s it.”

Amell has removed his profile photos from his Twitter and Facebook accounts, though both accounts are still active.

Didn’t mean to offend anyone. Truthfully. Was simply suggesting that two wrongs don’t make a right. I’ll go away for a bit now. SA

Didn’t mean to offend anyone. Truthfully. Was simply suggesting that two wrongs don’t make a right. I’ll go away for a bit now. SA