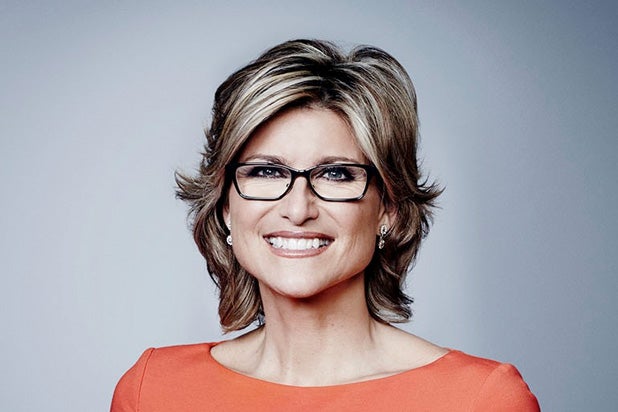 CNN’s sister news channel HLN is rejiggering its programming lineup, cutting back on live news shows that will see the departure of Ashleigh Banfield, Carol Costello and Michaela Pereira.

“The current cable news landscape is dominated by politics. Our live news shows have not benefitted from this trend given our story mix,” said Ken Jautz, the CNN executive VP who heads up HLN, in a staff memo that was obtained by TheWrap. “However, HLN’s longform programs have been performing very well.”

The shift will see Robin Meade’s “Morning Express,” expand to six hours, from 6 a.m. to noon, with the last two hours being a mix of live and taped. The early-afternoon news show, “On the Story” will expand to three hours from noon to 3 p.m., featuring a roundtable of anchors as hosts. The rest of the lineup will be made up of documentaries and other pre-taped programming. “Weekend Express with Lynn Smith” will remain in its current 7 a.m.-noon time slot on the weekends.

“It’s with deep regret that we will have to end production of ‘Across America with Carol Costello,’ ‘Michaela’ and ‘Crime & Justice with Ashleigh Banfield,'” Jautz continued.

Additionally, HLN will centralize its news production in CNN’s Atlanta headquarters, closing down its live news hubs in Los Angeles and New York. Meade’s “Morning Express” is filmed in Atlanta.

You can read Jautz’s memo below:

I want to share some information about next steps at HLN.

The current cable news landscape is dominated by politics. Our live news shows have not benefitted from this trend given our story mix.  However, HLN’s longform programs have been performing very well.

In today’s news environment, every network has to focus on its strengths. To ensure HLN’s growth, we will shift some of our resources from live to longform programming and produce our live shows in as streamlined a manner as possible. The best way to do this is to centralize production of live news programming in Atlanta.

Beginning October 29, our live program schedule will be as follows: 6a-noon ET, an expanded “Morning Express with Robin Meade;” noon-3p “On the Story;” series, documentaries and other taped programming will start at 3p. “Weekend Express with Lynn Smith” hours remain 7a-noon.

As a result, we will no longer have live programs based in NY or LA.  It’s with deep regret that we will have to end production of “Across America with Carol Costello,” “Michaela” and “Crime & Justice with Ashleigh Banfield.”  I know that you will join me in thanking these incredibly talented journalists and their teams for their dedication and hard work.

We built a top-notch line-up of some of the best anchors and show teams in the industry, and we are proud of what we’ve accomplished together these past few years.