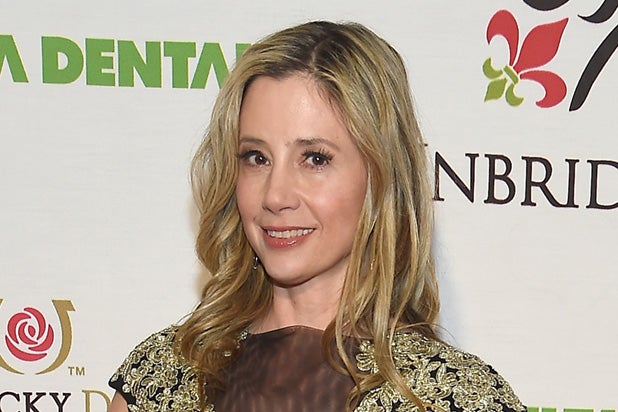 Ashley Judd and Mira Sorvino have responded to comments made by Peter Jackson to New Zealand’s Stuff in which he said Harvey Weinstein told him the actresses were a “nightmare” to work with.

It’s an assertion Weinstein himself is denying.

Weinstein’s alleged blacklisting led to both of the actresses missing out on roles in Jackson’s “Lord of the Rings” films because of negative things the brothers had said about them, according to the report.

I remember this well. https://t.co/wctEhESAS9

Sorvino also retweeted it, adding: “Just seeing this after I awoke, I burst out crying. There it is, confirmation that Harvey Weinstein derailed my career, something I suspected but was unsure.

“Thank you Peter Jackson for being honest. I’m just heartsick.”

Just seeing this after I awoke, I burst out crying. There it is, confirmation that Harvey Weinstein derailed my career, something I suspected but was unsure. Thank you Peter Jackson for being honest. I’m just heartsick https://t.co/ljK9NqICbm

“I recall Miramax telling us they were a nightmare to work with and we should avoid them at all costs. This was probably in 1998,” Jackson said in the article, referring to when he was pitching his ideas for the “Lord of the Rings” and “The Hobbit” trilogies.

“At the time, we had no reason to question what these guys were telling us — but in hindsight, I realize that this was very likely the Miramax smear campaign in full swing,” he said. “I now suspect we were fed false information about both of these talented women — and as a direct result their names were removed from our casting list.”

Jackson added that it turned out that Harvey and Bob were the difficult ones to work with. “My experience, when Miramax controlled the ‘Lord of the Rings’ (before New Line took over production of the film), was of Weinstein and his brother behaving like second-rate Mafia bullies. They weren’t the type of guys I wanted to work with — so I haven’t.”

The filmmaker said that Weinstein’s credit on the movies is there because it had to be, not because he was involved with the movies he made, and once New Line took over, Miramax’s only involvement was distribution.

But Weinstein, through a spokesperson, denied that claim on Friday, saying that Miramax “lost the project and all casting was done by New Line.” The embattled former movie executive, who was ousted from The Weinstein Company in October following a flood of sexual misconduct complaints (which have continued through this week), also said he was unaware of of any complaints or issues from either Judd or Sorvino.

Mr. Weinstein has nothing but the utmost respect for Peter Jackson. However, as Mr. Jackson will probably remember, because Disney would not finance the “Lord of the Rings”, Miramax lost the project and all casting was done by New Line.

While Bob and Harvey Weinstein were executive producers of the film they had no input into the casting whatsoever.

Secondly, until Ashley Judd wrote a piece for Variety two years ago, no one at the Company knew that she had a complaint and she was cast in two other films by Mr. Weinstein [“Frida” and “Crossing Over”] and Mira Sorvino was always considered for other films as well.

There was no indication that Mira Sorvino had any issues until Mr. Weinstein read about the complaints in the news.

As recently as this year, Mira Sorvino called Mr. Weinstein and asked if her husband could be part of the SEAL television series [Six] he was producing and Mr. Weinstein cast him; when Christopher Backus received a better offer, Mr. Weinstein allowed him to amicably break his contact to persue the opportunity.

JRR Tolkien's 'Lord of the Rings': 15 Facts About 'Fellowship of the Ring' (Photos)

The "Lord of the Rings" trilogy hit that increasingly rare sweet spot between the critics and the box office, combining to win 30 Oscars and gross $2.9 billion worldwide. It remains a landmark series that revitalized fantasy in pop culture and introducing J.R.R. Tolkien to a new generation. In celebration of its 15th anniversary, TheWrap has teamed up with IMDb to give you 15 facts about "The Fellowship of the Ring."