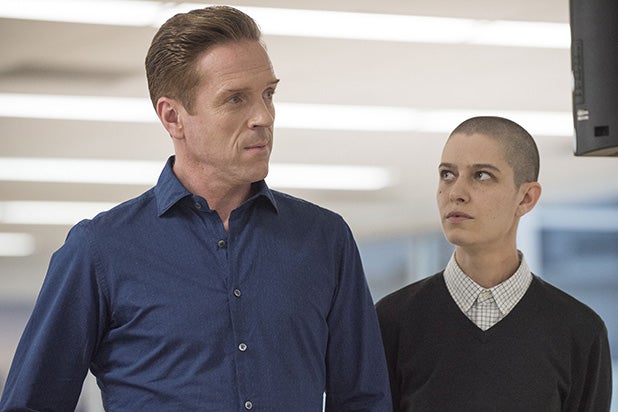 “Billions” star Asia Kate Dillon will be eligible for awards this Emmy season under the “Outstanding Supporting Actor” category after a conversation with the Academy of Television Arts & Sciences on the subject of gender identity.

In an impassioned letter sent to the Academy, and obtained by TheWrap, Dillon — who identifies as gender non-binary and doesn’t fall into typical “male” and “female” categories — asked for the organization’s definitions of gender in order to submit for acting awards this season.

Dillon was curious how the Academy defined gender, such as if it just referred to genitalia or if it mattered that Dillon fell outside a binary spectrum. Dillon encouraged conversation with the Academy as well on the subject of what defines a “man” or a “woman,” stating in part:

Dillon plays Taylor on “Billions,” who also identifies as non-binary. In a recent tweet, Dillon expanded on this, explaining that while Taylor’s assigned biological sex is female, the character’s gender identity was non-binary. Like Taylor, Dillon uses “they, them and their” pronouns.

Taylor's assigned sex is Female. Their gender identity is Non-binary. I am the actor that plays Taylor. Thanks! ✌️???????? https://t.co/GP9XhEyFoo

In a follow-up letter to SAG-AFTRA, Dillon confirmed that an exchange took place, in which the Academy iterated that actors can submit their work for consideration in the category that suited them best, “with no required background on sexual or gender identification.”

As such, Showtime will be submitting Dillon for the Emmys as an Outstanding Supporting Actor in a Drama Series.

The decision to use the term “actor” in this and in future awards ceremonies doesn’t come from an acknowledgment of gender. Dillon notes the history of the terms “actor” and “actress” in regards to gender and, specifically, anatomy, but states “actor” is a more encompassing term.

“After educating myself further, it seems that the term ‘actress’ came into being to define anatomically female performers, though that is certainly not its only use today,” they wrote to the Academy. “Moreover, some people who identify as women use the term ‘actor’ in their everyday life but, because awards ceremonies only offer the two categories, are forced to choose between them when submitting for a nomination.”

Dillon expressed her thrill over the decision:

The Academy has not yet responded to TheWrap’s request for comment.