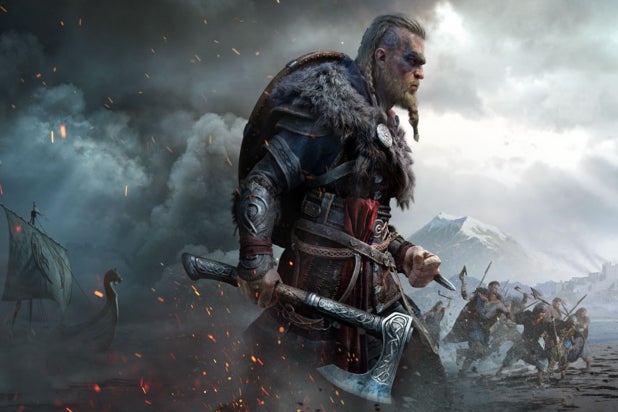 Ubisoft’s creative director for the upcoming “Assassin’s Creed Valhalla” video game stepped down today after allegations that he conducted affairs while lying about being married surfaced on social media.

Ubisoft confirmed Ashraf Ismail’s departure Wednesday, but did not clarify if Ismail is no longer with the company, or simply stepping away from the project. “Ashraf Ismail is stepping down from the project to take a leave of absence. The development team is committed to delivering a great game in Assassin’s Creed Valhalla,” Ubisoft told TheWrap.

The game publisher would not comment on Ismail’s replacement as creative director or if his removal will impact the game’s planned release this holiday.

Ismail’s alleged misconduct was brought to light by Twitch streamer Dani Porter Bridges, a California resident who said she was in a relationship with Ismail “for a year on and off” that was consensual before she found out Ismail was married.

“This person is married. When he starts a relationship with you, know he’s married. This is why he doesn’t want to talk on the phone or facetime or have things sent to his home. His marriage has been confirmed by 3 people. I was with him for a year on and off before finding out,” Bridges tweeted. She later continued her Twitter thread with screenshots of Ismail apparently texting her and pleading that she take down her post confronting him.

Ismail apparently addressed the controversy on Twitter Wednesday afternoon, but the account he posted from was deleted shortly afterwards.

VentureBeat first reported the news of Ismail’s departure and said he tweeted, “I am stepping down from my beloved project to properly deal with the personal issues in my life. The lives of my family and my own are shattered. I am deeply sorry to everyone hurt in this.”

One Twitter user asked Bridges if something had recently happened in her relationship with Ismail to encourage her to make the issue public. Bridges replied that she felt comfortable speaking out now because numerous other women are also coming forward with their own accounts of varying degrees of sexual assault. “We haven’t spoken in awhile. There are just a lot of people speaking out now so I felt safer doing so,” Bridges said.

Ubisoft’s latest viking-inspired installment in the open-world “Assassin’s Creed” franchise follows a viking warrior named Eivor fighting for territory during a battle with ninth-century England. The publisher has not set a specific release date but is targeting “holiday 2020.”