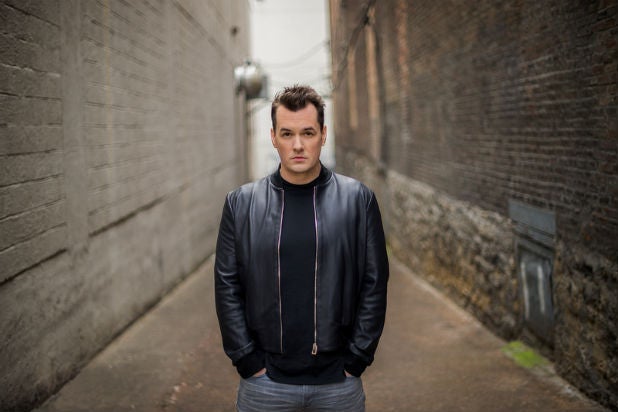 Stand-up comedian Jim Jefferies will launch his own late-night series on Comedy Central later this year, the network announced Friday.

Originally hailing from Australia, Jefferies will move behind the desk to take on culture and politics in what’s to be a weekly show. Fresh off a series of blockbuster comedy specials, Jefferies will travel around the globe to tackle the week’s top stories and most controversial issues. The first 10-episode season is scheduled to debut this summer.

“I’d like to thank Comedy Central for this incredible opportunity,” said Jefferies. “It’s always been a dream of mine to do a show in this arena and I can’t wait for everyone to see what we’ve got planned.”

The half-hour series is executive produced by Jefferies, Scott Zabielski, and Brillstein Entertainment Partners’ Alex Murray and Tim Sarkes. Jason Reich is co-executive producer and head writer. Monika Zielinska and Adam Londy are the Executives in Charge of Production for Comedy Central.

A comedian, actor and writer, Jefferies has established himself with a controversial stand-up style. He recently wrapped an international stand-up tour, “The Unusual Punishment Tour,” to rave reviews, which came on the heels of his second Netflix special “Freedumb” last summer.

He burst onto the U.S. comedy scene in 2009 with his HBO special “I Swear to God,” the first of seven specials, including his debut Netflix special, “Jim Jefferies: BARE,” which garnered attention for a set focused on guns and gun control in the United States.

He has appeared on Comedy Central’s “@midnight with Chris Hardwick” and “The Comedy Jam” special that aired last August. Jefferies also created, wrote, produced and starred in the critically-acclaimed series “Legit,” which ran for two season on FX.