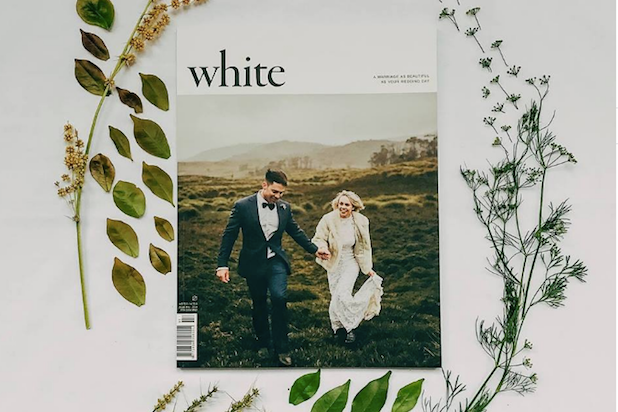 An Australian wedding magazine is shutting down after refusing to feature same-sex couples in their copy. In a farewell blog post, White Magazine said the decision led to a mass exodus of advertisers and made their continued operation unsustainable.

“A campaign was launched targeting the magazine, our team and our advertisers. Couples who have featured in our magazine have also been the subject of online abuse despite their individual beliefs. We’re really saddened by this,” the publication said.

“The result has been that a number of advertisers withdrew their sponsorship out of fear of being judged, or in protest. We have had to recognize the reality that White Magazine is no longer economically viable.”

We've written a statement and shared a bit of our story, which we've posted on our website. We'd love to invite you to read it.

In their post, the publishers of the magazine, Luke and Carla Burrell, said that while the publication had been secular, accepting same-sex marriage was a struggle for them because of their Christian faith.

“White Magazine has always been a secular publication, but as its publishers, we are Christian,” they said. “Instead of allowing us the space to work through our thoughts and feelings, or being willing to engage in brave conversations to really hear each other’s stories, some have just blindly demanded that we pick a side.”

The farewell post ended with a long quote from the Bible’s Book of Corinthians.

Same-sex marriage was legalized in Australia last year reflecting years of strong support from the Australian public. The fate of White Magazine is another illustration of the power advertiser boycotts can have over media companies who run afoul of public opinion.

In the United States, they have been employed mostly by liberal watchdog groups like Media Matters for America and Sleeping Giants to devastating effect on targets like Fox News and Breitbart.