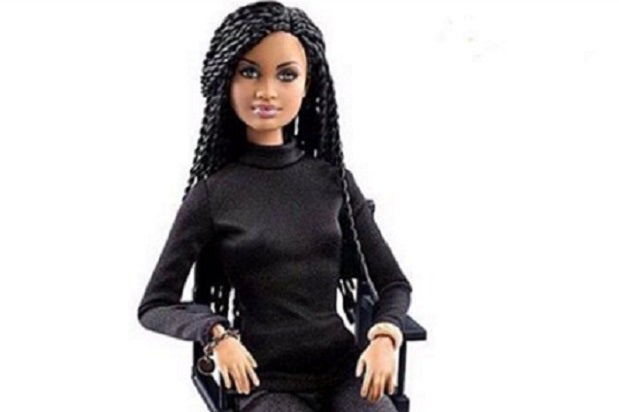 Just in time for holiday shoppers, the Ava DuVernay Barbie doll will go on sale Monday, courtesy of Mattel Toys.

The doll featuring the likeness of “Selma” director DuVernay, the first African-American woman to direct a movie nominated for a Best Picture Oscar, is part of a “Sheroes” line announced by the toymaker in April. The plan was to create a single copy of each “Shero” Barbie, which the real-life woman being honored could auction off for a charity of their choice.

But DuVernay’s fans on Twitter — where she has 140,000 followers — asked Mattel to mass produce hers and the toymaker has agreed to make some available to the public, DuVernay tweeted Sunday.

“Tomorrow this #AvaBarbie goes on sale for Christmas because enough folks asked @Mattel to do so. Wild + wonderful,” she wrote.

Tomorrow this #AvaBarbie goes on sale for Christmas because enough folks asked @Mattel to do so. Wild + wonderful. https://t.co/louahFZwjQ

All my proceeds from #AvaBarbie will be sent from @Mattel to @ColorOfChange + @WitnessOrg. A fun way to support. xo! pic.twitter.com/O4Z5zl5els – Ava DuVernay (@AVAETC) December 6, 2015

Mattel did not immediately respond to TheWrap’s request for information on where to purchase the doll.