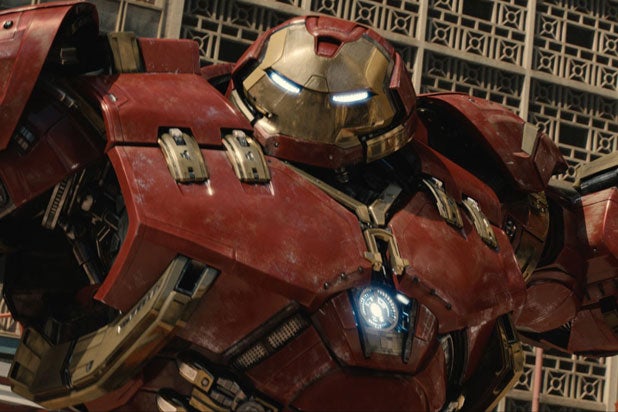 “Avengers: Age of Ultron” powered to nearly $34 million in its debut in China Wednesday, and Disney’s Marvel superhero sequel is bearing down on $1 billion at the worldwide box office.

It was the best opening day ever for a Marvel-Disney film in China, beating the two-day opening of “The Avengers” in 2012 and nearly doubling the debut of “Iron Man 3” in 2013. It’s also the highest non-weekend opening ever in China — Universal’s “Fast and Furious 7” did $61.3 million on a Saturday earlier this year — and was dominating, accounting for 95 percent of the total box office. IMAX theaters brought in $3.9 million alone.

This brings the worldwide total for “Age of Ultron” to $932 million and its international total to $607 million since April 22. It opened domestically on May 1 and has taken in over $324 million.

The big opening day in China pushed Disney over the $2 billion mark at the global box office for the 14th consecutive year. In addition to Marvel’s “Avengers: Age of Ultron, ” studios’ results have been driven by “Cinderella,” “Into the Woods” and “Big Hero 6.”

“Age of Ultron” is the reigning champ at the domestic box office, after winning the last two weekends with the second-best first weekend and the second-best second weekend totals ever, in both cases behind the original “Avengers.” It faces a tough challenge from “Mad Max: Fury Road” and “Pitch Perfect 2” this weekend.