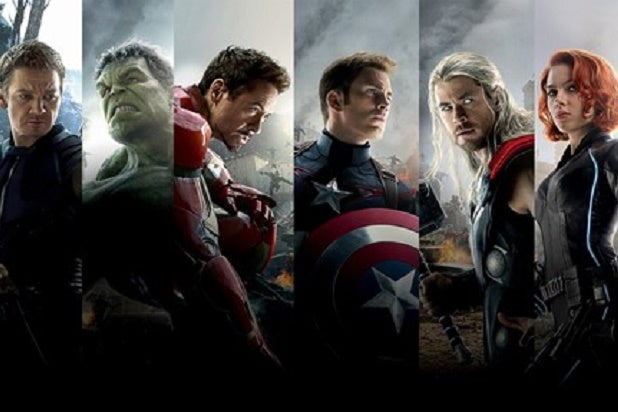 Earth’s Mightiest Heroes are about to prove their worth at the box office.

Early Friday estimates show Marvel superhero team-up sequel “Avengers: Age of Ultron” on track to open north of $210 million in its opening weekend, passing the record for biggest opening weekend in US history, set by the film’s predecessor, “The Avengers.” That film opened at $207 million in 2012.

The film already made box-office history Thursday night, zooming to $27.6 million and shattering the record for the biggest midnight haul ever for a Marvel Studios superhero movie.

It’s on pace to make $97 million for Friday alone.

The $3 million that “Age of Ultron” took in from IMAX theaters Thursday night was also a record, and it’s shaping up to be the first in a slew of marks that will fall to Disney’s superhero sequel as it rolls out in 4,042 theaters.

“Age of Ultron” also sped past $300 million at the worldwide box office Thursday. Since opening just over a week ago, it has taken in $318 million globally, with $287.3 million coming from overseas. Its $6.8 million opening day in Mexico Thursday was the biggest ever in that market, and it should get a boost from the May Day holiday in many countries. So far the leading territories have been South Korea with $37.2 million, the U.K. with $35.9 million and Russia with $20.9 million.

“Avengers: Age of Ultron” will become the 11th consecutive film from Marvel Studios to debut at No. 1 domestically. The other studios have cleared out and it will be the only wide release on the first weekend of Hollywood’s summer season in a box office year expected to be the biggest ever.