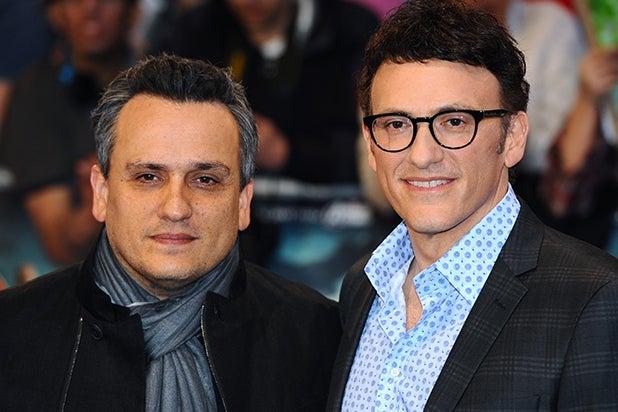 The Russo brothers are taking the reins of the superhero team-up franchise from Joss Whedon, who directed the first two “Avengers” movies including sequel “Age of Ultron,” which hits theaters on May 1.

The “Infinity War” movies are expected to shoot back-to-back in 2016. Christopher Markus and Stephen McFeely are poised to write the script after working with the Russos on “Civil War,” which starts shooting in April.

The Russo brothers recently signed a three-year first-look deal with Sony, but it seems as though the next three years of their lives are accounted for, so perhaps that deal will be extended at some point. The Russos are set to direct an untitled movie in the “Ghostbusters” universe starring Channing Tatum.

The Russos, who made their name on NBC’s “Community,” are represented by WME and Jackoway Tyerman.