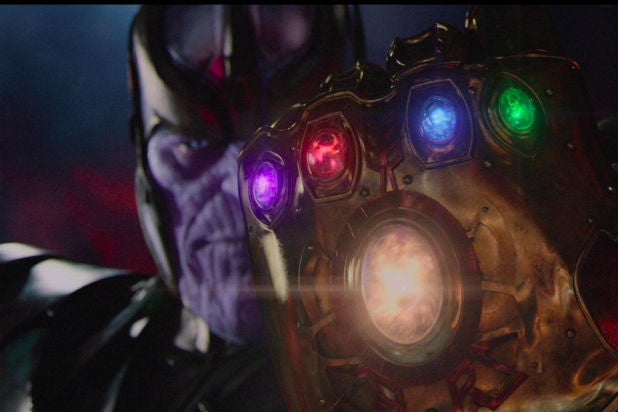 “Avengers Infinity War” is nearly two years away, but work on the film is chugging along: Directors the Russo brothers posted a Facebook photo that shows Josh Brolin in full motion-capture gear as galactic villain Thanos.

Brolin first played Thanos in 2014’s “Guardians of the Galaxy,” though the character previously appeared in a mid-credits sequence in “Avengers.” His extended appearance in the Marvel Cinematic Universe was also teased in “Avengers Age of Ultron.”

The character will appear in both “Infinity War” and its untitled sequel.

The Russos previously revealed that “Infinity War” would not be split into two films, as previously indicated by the inclusion of a “Part I” in the film’s title.

In an Uproxx interview in May, the brothers signaled their intention to change the title. “The movies are two very different movies,” Joe Russo said, with Anthony adding that the “Part I” in the title “is misleading.”

In July, Disney released a schedule change that said the second film in the planned two-parter would no longer be called “Avengers: Infinity War Part II.” Instead, that project has been renamed as an “Untitled Avengers” film.