From being imprisoned and held hostage to attacked and censored, the winners of this year’s International Women’s Media Fund (IWMF) Courage in Journalism Award have risked their lives every day to uncover the truth and expose corruption.

This year’s winners from Ukraine, South Sudan, Nicaragua and Beirut will share their stories in a keynote conversation at WrapWomen’s 2019 Power Women Summit, to be held at the Fairmont Miramar Hotel in Santa Monica on October 24-25. 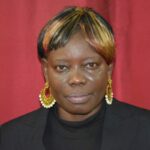 The only female news editor in South Sudan, Anna Nimiriano has been reporting for more than 15 years in one of the world’s most compromising countries for journalists.

While working in Khartoum, Nimirianohas been imprisoned, attacked and routinely censored by the government. In 2016, she single-handedly re-opened the Juba Monitor and released her editor from prison. 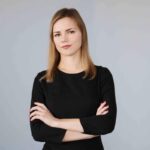 Anna Babinets and Nastya Stanko, both based in Ukraine, work to expose government corruption despite enduring threats since the Maidan Revolution began in 2013.

As the editor- in-chief and head of investigative journalism at the non-profit organization SLIDSTVO.INFO, Babinets produces stories on big crimes in Ukraine. She is also the editor of the Organized Crime and Corruption Reporting Project (OCCRP). 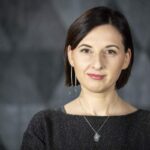 Stanko is a journalist, TV presenter and member of the Ukrainian “Stop Censorship” movement; in 2013, she co-founded the independent media channel Hromadske, and is the deputy editor-in-chief.

Babinets has been attacked by the government for months while Stanko has been taken hostage and detained. Both women seek the truth despite censorship laws, exhibiting uncommon bravery in their pursuit of press freedom in the Ukraine. 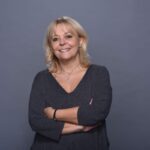 Liz Sly is described as, “the dean of Middle Eastern correspondents.” Sly’s 37 years in journalism have rendered her fearless, despite constant government surveillance.

Most recently she has covered the war in Syria and has reported in-country more than a dozen times at great risk – nearly 130 journalists have been killed to-date. Sly’s coverage has yielded countless awards and simply put: she is intrepid. 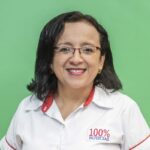 The state of press freedom in Nicaragua is dire. Lucía Pineda was arrested in December 2018 for, “inciting hate and violence,” after her news outlet — 100% Noticias — reported on abuses by government forces. She was released in June 2019, but su ers from medical issues resulting from the detainment. Today she notes that, “everything I’ve done has been for the love of my country.”