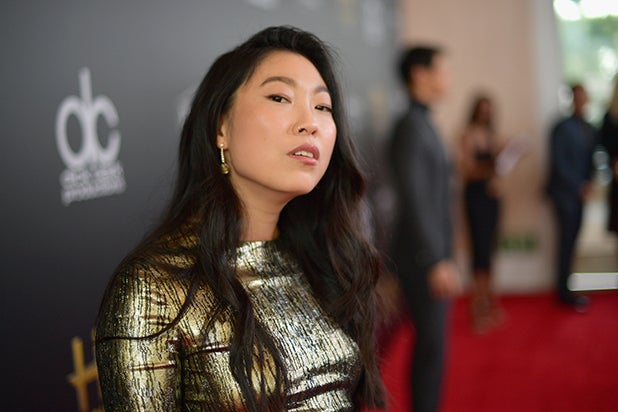 Looks like Awkwafina is heading to the jungle. The “Crazy Rich Asians” and “Ocean’s 8” star is in final negotiations to join the cast of “Jumanji 2,” according to a source familiar with the project.

Awkwafina, one of 2018’s breakout stars, would star alongside Kevin Hart and Dwayne Johnson in a significant role in what will be the sequel to 2017’s “Jumanji: Welcome to the Jungle.”

Sony Pictures, which is the studio behind the project, declined to comment.

Also Read: 'Jumanji' Sequel in the Works With Director, Writers in Talks to Return

The updated 2017 version of the ’90s classic starred Johnson and Hart, along with Jack Black, Karen Gillan, Alex Wolff and Nick Jonas. That film, which had a $90 million production budget, grossed $962.1 million at the worldwide box office.

In addition to Hart and Johnson, Gillan and Black are also set to return for the sequel. Director Jake Kasdan is also returning to direct the film, and is writing the script with Scott Rosenberg and Jeff Pinkner.

Awkwafina’s role, as well as the sequel’s story, is being kept under wraps.

She is starring in two movies that will premiere later this month at Sundance: “The Farewell” and “Paradise Hills.” And Comedy Central recently announced they have picked up “Awkwafina,” which she will produce and star in later this year.

Matt Tolmach will again serve as a producer on ‘Jumanji 2’ along with Johnson’s Seven Bucks as well as Kasdan.