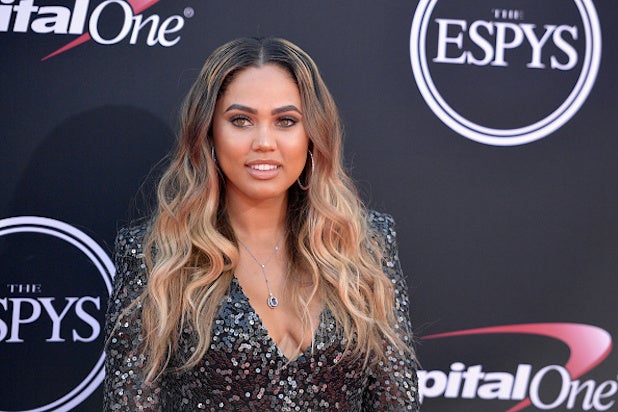 Ayesha Curry, star of  “Ayesha’s Home Kitchen,” is the newest face of CoverGirl, the cosmetic company announced on Wednesday.

The 28-year-old TV personality — and wife to NBA icon Stephen Curry — took to her personal Instagram account to announce the news with a little anecdote from her childhood.

“My first makeup memory was running down the beauty aisles with my mom getting to pick my very own lipstick,” wrote the author. “It was a CoverGirl pink glittery lipstick that made me feel so good about myself.”

Curry, who has been married to the Golden State Warriors point guard since 2011 and has two daughters with him, added that now she plans on taking her own children down those aisles so they’re able to see their own mom as a CoverGirl.

My first makeup memory was running down the beauty aisles with my mom getting to pick my very own lipstick. It was a COVERGIRL pink glittery lipstick that made me feel so good about myself – even though it probably wasn't my shade ????. Well, I am so excited to share that now I get to take my baby girls down those same aisles, and they get to see their mama as a #COVERGIRL! I am so honored and thrilled to join the iconic women of the #COVERGIRL family and be a part of a brand that empowers women to embrace their originality. Follow @covergirl to learn more! #COVERGIRLMADE

Curry also posted another photo of herself in a CoverGirl director’s chair and expressed that she was “feeling blessed and grateful,” and that all of this felt like “such a dream.”

Feeling blessed and grateful. ???????? Still such a dream. So happy I can finally tell everyone!!! @covergirl #COVERGIRLMADE