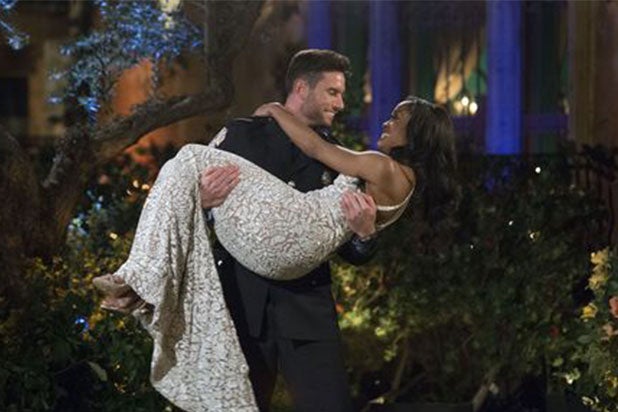 Forget lame suitors like Lucas, it is millennials who are truly failing “Bachelorette” Rachel Lindsay.

In the 18-34 demographic’s TV ratings, “The Bachelorette” is down 24 percent year over year, with a 1.9 versus last summer’s 2.5. Among men of that age range, the decline is an even 25 percent, with women clocking in at minus 22 percent.

That means those born between 1983 and 1999 are departing the ABC series more than any other age range, right as we finally got our first African-American “Bachelorette.” So much for our most progressive generation.

Elsewhere, Lindsay’s season is currently down 15 percent from last year in the advertiser-coveted 18-49 demographic, with a 2.2 average against its 2.6 benchmark.

Typically a hit summer series by any measure, this “Bachelorette” is attracting 12 percent fewer total viewers versus Summer 2016, with Nielsen tallying 7.143 million overall eyeballs per episode, down from the prior run’s 8.108 million average. None of those are good, but the declines appear modest next to the millennial runoff.

At least there are currently no other issues impacting the future of the “Bachelor” universe. Oh, wait.