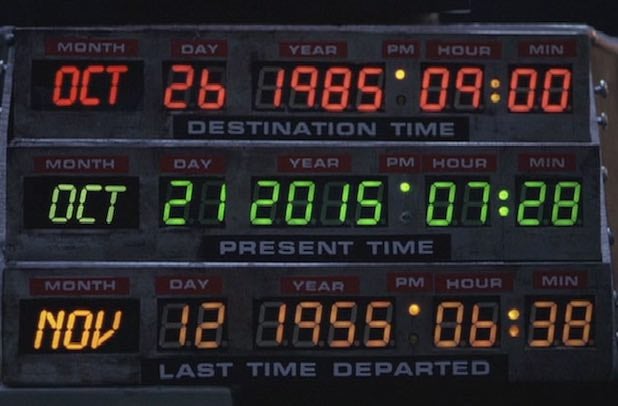 “Back to the Future” documentary “Back in Time” has been acquired by Gravitas Ventures.

The company announced the North American rights on Tuesday, along with an Oct. 21 release through VOD, Blu-ray and select theaters.

Fans of the franchise created by Robert Zemeckis and starring Michael J. Fox as Marty McFly may recognize the date is an important one – “Future Day” from “Back to the Future 2.”

Also read: 'Back to the Future II' Just Became the Present: 8 Predictions About 2015 That Came True

“Back in Time, “directed by Jason Aron, featuring interviews with Fox, Zemeckis, Steven Spielberg, Bob Gale, Lea Thompson and Christopher Lloyd while looking at both the making of the original film and the fan culture that has developed over the years.

“Iconic documentaries, like a bolt of lightning, only come around so often,” Nolan Gallagher, founder and CEO of Gravitas Ventures, said in a statement. “We are honored to be a part of the ‘Back to the Future’ mythology and bring this must-have film to the millions of fans who have loved the trilogy all these years.”

The deal for “Back in Time” was negotiated by Nolan Gallagher for Gravitas and Josh Braun and Matt Burke from Submarine on behalf of the filmmakers.