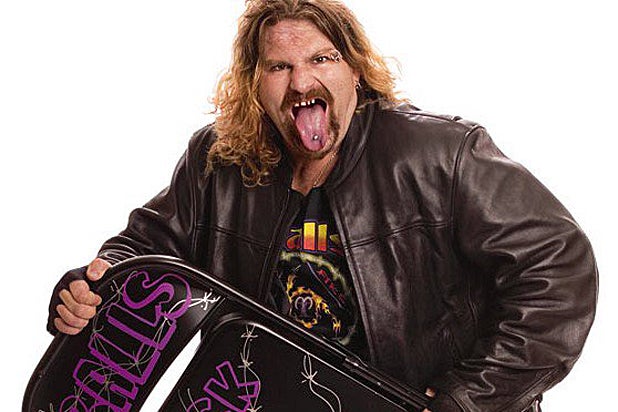 Balls Mahoney, a professional wrestler whose real name was Jonathan Rechner, died Tuesday. He was 44.

His death was confirmed by Johnny Candido, the brother of the late Chris Candido, who simply said: “he died suddenly.”

Mahoney was an original ECW (Extreme Championship Wrestling) personality and wrestled in the company until it folded after being bought by the WWE. He had been wrestling independently since being released by the WWE in 2008.

He is best known for his appearances with ECW during the late 1990s and early 2000s, when he was a three-time holder of the ECW Tag Team Championship.

The WWE expressed grief over Mahoney’s death in a tweet Tuesday: “WWE is saddened to learn of the passing of ECW Superstar Balls Mahoney.”

WWE is saddened to learn of the passing of ECW Superstar Balls Mahoney. pic.twitter.com/Ox8dnQih6R

He is survived by his wife and son, Chris, who was named after fellow wrestler Chris Candido, who died in 2005.