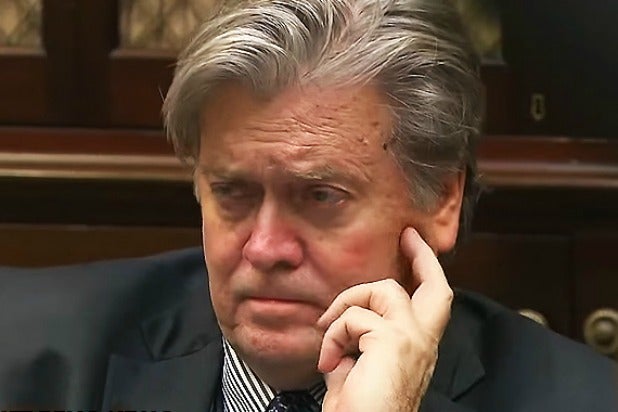 Steve Bannon didn’t get his dream job at Facebook.

The former chief strategist for President Trump wanted to plant a staffer at the social network in August 2016, while he was at the helm of Breitbart, according to emails obtained by Buzzfeed News. Bannon got the idea from Chris Gacek — an official at the Family Research Council, a Christian-conservative lobbying group — who pointed out in an email to the Breitbart boss an opening at Facebook-owned WhatsApp for a “Public Policy Manager” in Washington, D.C.

“This seems perfect for Breitbart to flood the zone with candidates of all stripe who will report back to you / Milo with INTEL about the job application process over at FB,” said Gacek in an email obtained by Buzzfeed.

Bannon seemed to agree, forwarding the email to tech editor Milo Yiannopoulos and saying “can u get on this.” Yiannopoulos sent the opening to Breitbart contractors, who said it “seems dificult [sic] to do quietly without them becoming aware of efforts.”

The position responsibilities included “develop and execute WhatsApp’s global policy strategy” and “represent WhatsApp in meetings with government officials and elected members.” The Buzzfeed report said its “unclear” if the plan ever moved beyond the email chain.

The report that Bannon was interested in having a Facebook mole comes at the same time the social network is dealing with the fallout Russian operatives used its platform to spread fake news before and after the 2016 election.