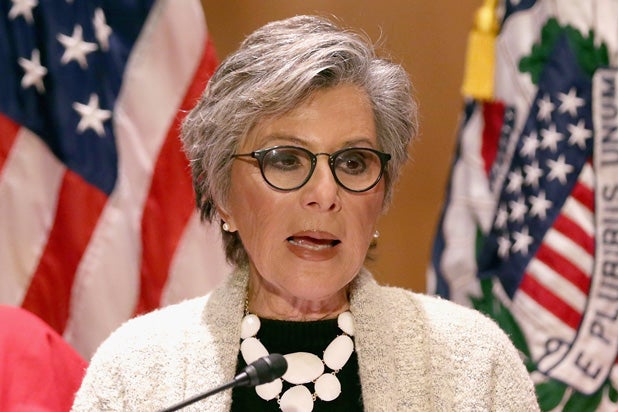 “What did Meryl Streep say that would be offensive to the middle of the country?” Boxer told CAA agent Michael Kives at an agency-sponsored summit of political leaders on Thursday. “That Donald Trump imitated a disabled person? Believe me, people in middle America didn’t like that one bit.”

But Boxer, who signed on as a CAA client last month following her exit from the Senate after 24 years, also addressed the backlash against Streep and Democrats for speaking out against the new administration.

“If the question is broader, we failed as a party to get our message to Middle America,” she said. “I believe in freedom of speech for every single person, whether they work in Hollywood, don’t work at all, are old, young, whatever.”

The politician also offered advice to outspoken Hollywood stars like Streep, whose pointedly political speech at last month’s Golden Globes prompted a presidential tweet calling the two-time Oscar winner “one of the most overrated actress in Hollywood.”

“Don’t do it for the sake of doing it, but if it moves your heart and you have a stage — use it,” Boxer said to a crowd that included activist Laurie David. “It’s not up to Meryl Streep to tailor our message to middle America, it’s up to candidates who are running for office to tailor a message that resonates.”

CAA’s “Take Action Day” is billed as a nonpartisan summit of political and thought leaders held at the agency’s Century City headquarters.

Other speakers include Boxer’s successor, Sen. Kamala Harris as well as Muslim Public Affairs Council Founder Salam Al-Marayati and Planned Parenthood President Cecile Richards. (Rep. Kevin McCarthy, the House Majority Leader, is one of the only Republicans scheduled to participate.)